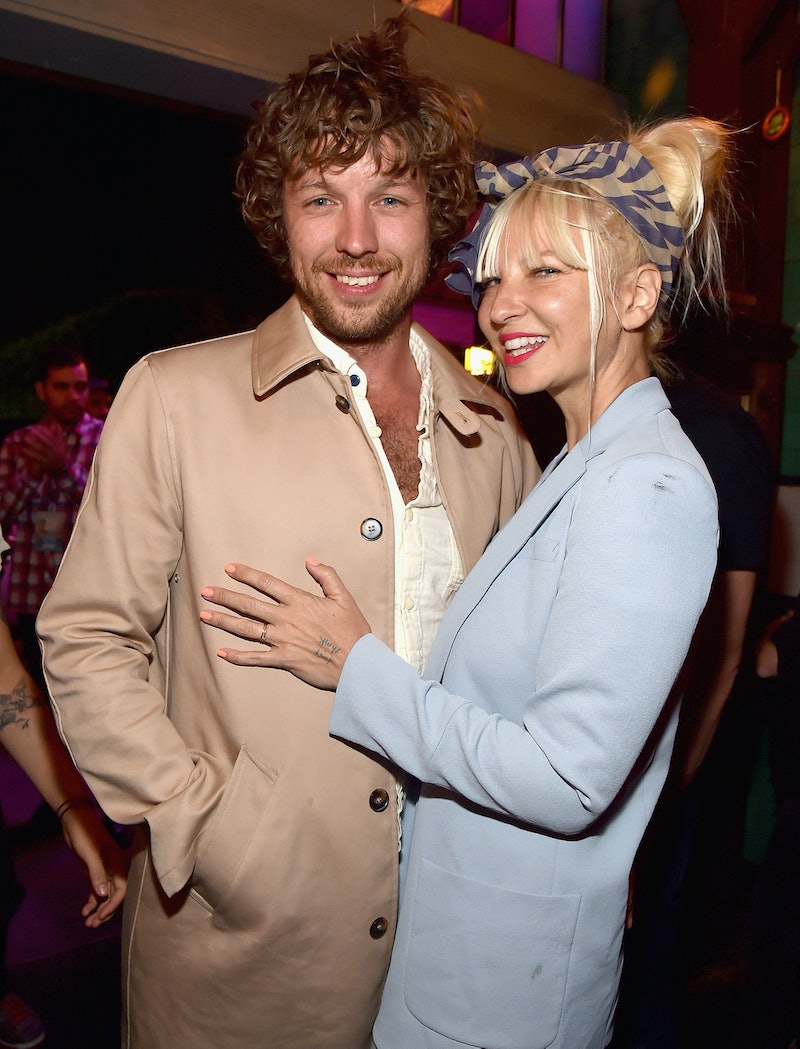 Although she has crossed over and become one of the biggest pop stars on the planet, Sia (full name Sia Furler), is still surrounded by a lot of mystery. She began her career in the '90s, but it wasn't until 2014 when she released hits like "Chandelier" and "Elastic Heart" that she became a well-known name in American pop music as a solo artist. Since then, fans have been fascinated with knowing more about her private life, considering Sia also keeps much of her public persona very low-key. Many people might not even know that she has been married since 2014, so, who is Sia's husband?

According to Us Weekly, on Aug. 3, 2014, Sia married filmmaker Erik Anders Lang in Palm Springs, California. Their marriage reportedly came only two months after they got in June 2014, when her engagement ring was photographed at a New York event. While the couple has made some red carpet appearances together, Sia stayed true to her mysterious nature and only confirmed her marriage to Lang on an Australian radio show eight months after the wedding! It's to assume that Sia likes to keep her relationship with him very private, but for you who are curious as to who Lang is, here are some facts about him.

He Is A Filmmaker

According to Lang's IMDb page, he has worked as a director, writer, producer, and crew member on various projects over the past few years, including Dear John and Celeste & Jess Forever.

Lang and his partner Ryland Aldrich formed a production company, Pictures Pictures, focusing on "fun and innovative projects" that run from branded content, commercials to "long form documentaries and feature films," according to the company's website.

He Is Working On A Documentary Of Sia's Life

In September 2015, Deadline announced that Lang and Aldrich, would be working on the Untitled Sia Documentary Project, which will be co-directed by Lang and Sia. The documentary will have a "never-before-seen look at the Grammy nominated performer’s life," Deadline reported.

He Likes His Work To Be Out Of The Box

Lang is currently filming his documentary Be The Ball, a unique film about the the spiritual and mental preparation that goes into golf. Bill Murray and Samuel L. Jackson make cameos, so it's already oozing with cool.

He Began His Career As A Photographer

The bio for Pictures Pictures states that Lang was first a photographer before he segued into film work, and was considered a protege of iconic photographer David LaChappelle.

It looks like Sia and Lang are a perfect match to me!