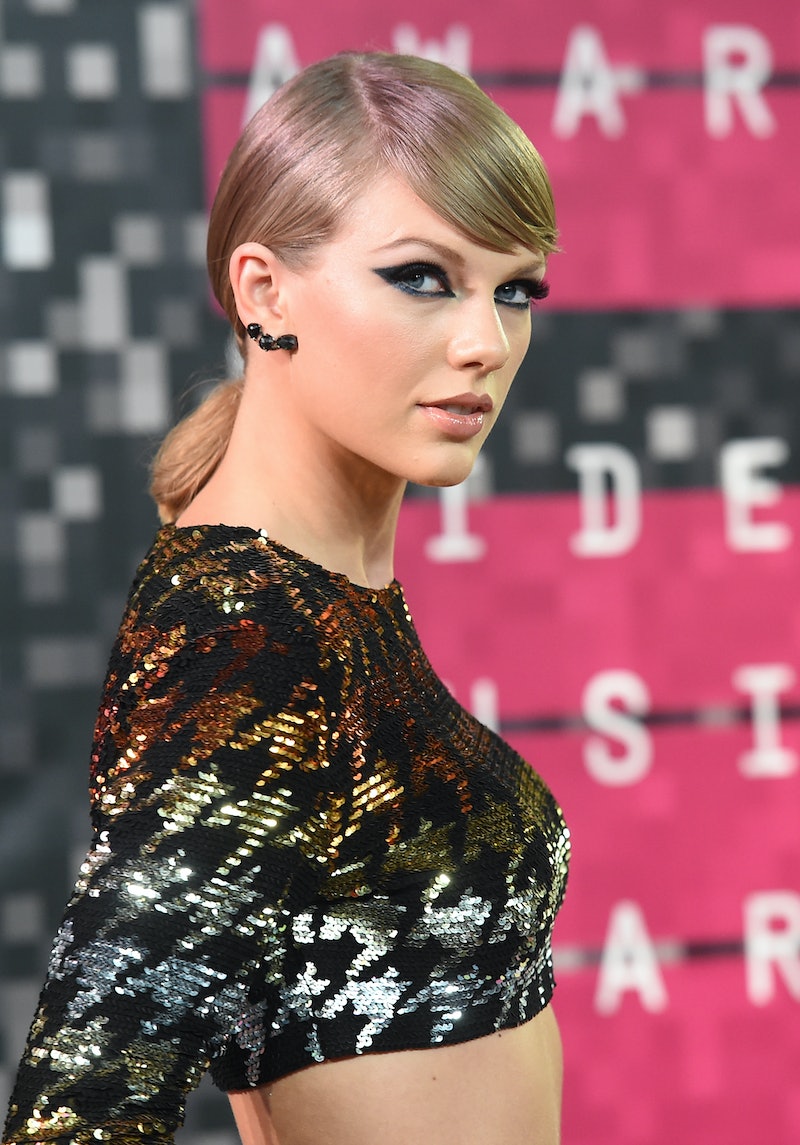 The MTV VMAs are home to some of the most iconic moments in pop culture: That Britney Spears-Christina Aguilera-Madonna kiss. Kanye West's "Imma let you finish" mic grab from T. Swift. Miley Cyrus twerking all over the place. So it makes sense that if Taylor Swift and Tom Hiddleston were going to make their red carpet debut, it could be at the 2016 VMAs on Sunday, Aug. 28. After all, on the Hiddleswift World Tour of Summer 2016, the couple has already been everywhere from Australia to Italy to Rhode Island together — could the next stop for Hiddleswift be the VMAs?

Noooot so fast. If Swift and Hiddleston do attend the Video Music Awards, it could potentially be an awkward night: First of all, despite three of her music videos being eligible for VMAs this year, Swift was shut out of any nominations. Considering the fact that she left the VMAs last year with four moonmen (including Video of the Year), not even being nominated this year is kind of a blow. And then, of course, there's the fact that her ex Calvin Harris is up for three VMAs, and two, are, awkwardly enough, for "This Is What You Came For." You know, the song he collaborated on with Rihanna but the one that T. Swift co-wrote. If Harris is at the VMAs and Swift shows up with Hiddleston — oh, oh the drama that could ensue...

And then — and this is the juiciest of all — is the fact that Kanye West could very well be in attendance, since he's up for two VMAs himself (including Video of the Year). Both of these awards, scandalously enough, are for his "Famous" music video: The same video that depicts a nude Swift and contains that infamous, allegedly not-approved lyric that re-ignited the biggest pop culture feud this Twitter generation has ever seen. TBH, I'd be way more interested in the dynamic between Swift and West (as opposed to Swift and Hiddleston) should they both be at the awards show this year. She literally poked fun at their feud and presented Yeezy with the Video Vanguard Award at last year's VMAs, so how truly insane would it be if they publicly buried the hatched after all the insanity that went on this year?

To go back to Hiddleswift, however, it's conceivable that they won't be in attendance at Madison Square Garden on Sunday. While Swift has attended most VMAs since 2008, she hasn't been to every one of them (and since she's not even nominated this year, it would make sense that she's sit this one out). Still, the couple are currently in Rhode Island at Swift's beach house — they could easily do that three-hour jaunt down to NYC just in time for the VMAs next Sunday. One thing's for sure: I can't wait to find out.