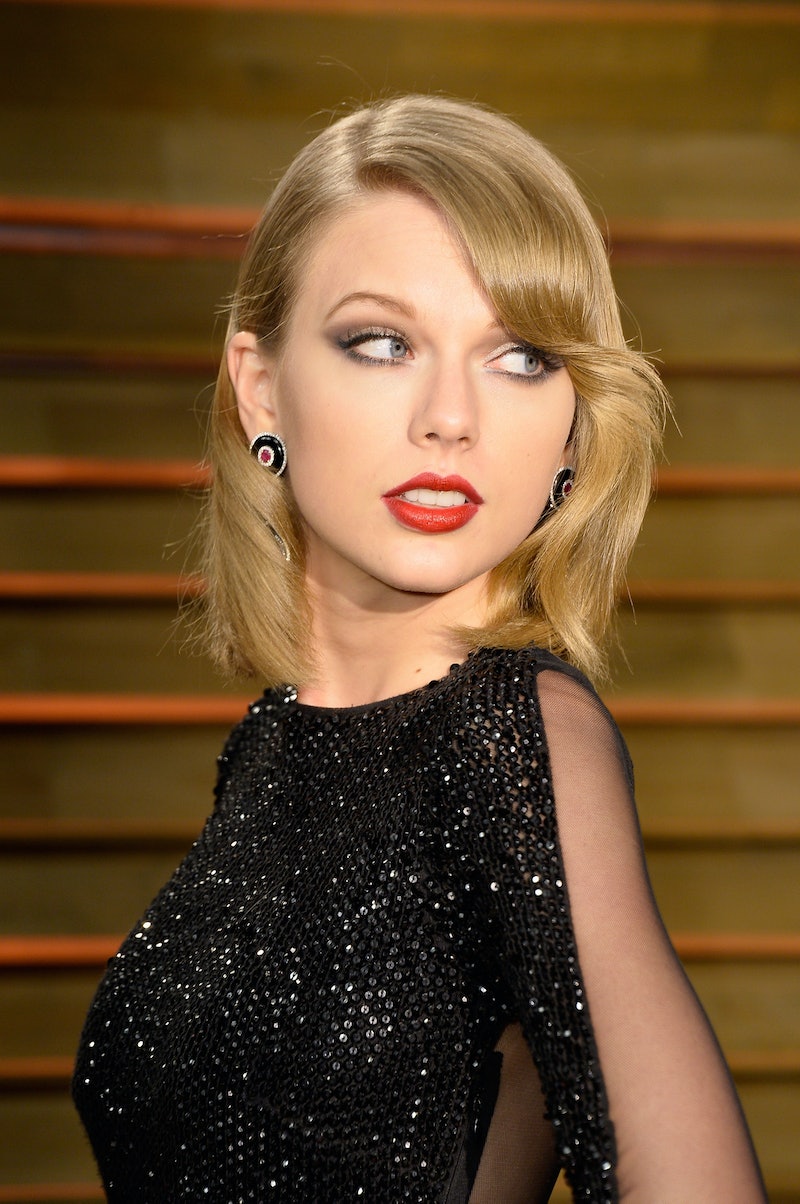 It looks like Selena Gomez and Justin Bieber are heating things up again, but the queen of exes, Taylor Swift, isn't having it. Swift has distanced herself from "the closest thing she's ever had to a sister" since Gomez began entertaining a new romance with her ex, evidenced by the $10,000 in flowers Bieber sent Gomez and accompanying dance video, and song dedication at South by Southwest.

Swift is allegedly upset about the reunion because apparently, Gomez turned to Swift's pal Ed Sheerhan back in June for a faux romance to make Bieber jealous. There's been a bit of manipulation going on, and Swift is less than pleased.

No matter what, though, Swift ultimately needs to respect Gomez's decision. After all, this isn't Swift's love life and she can't begrudge her friend's romantic choices. That's just not what a true friend does. Plus, I'm sure Gomez has been less than thrilled about some of Swift's exes and she's stuck by her through all of them. Including Harry Styles.

Overall, if Swift does choose to continue this ultimatum, she should remember fellow teen queens, Lauren Conrad and Heidi Montag, who were in this same kind of situation not too many years ago. Conrad told Montag to choose between their friendship and her burgeoning romance with Spencer Pratt. In the end, Montag picked Pratt and left Conrad in the dust. We'd hate to see history repeat itself.

Especially since Pratt and Bieber are starting to seem like they have a lot in common.