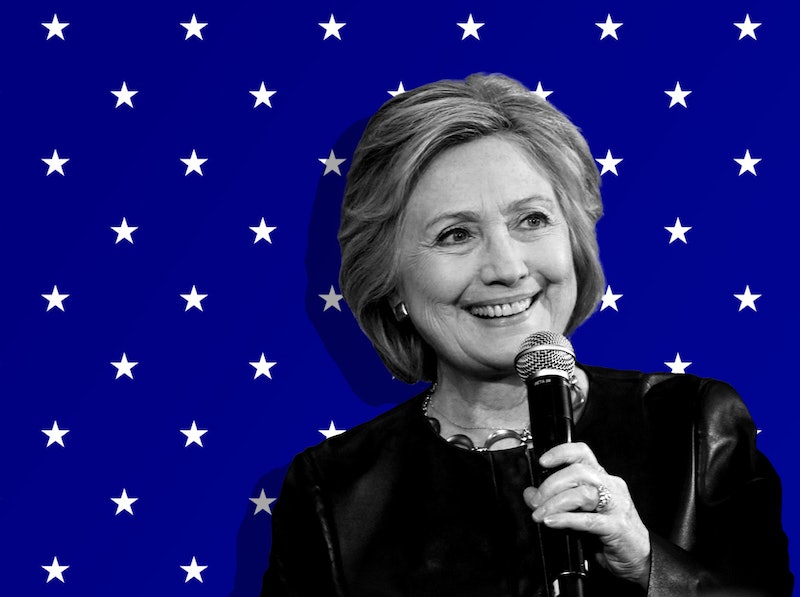 Even though the FBI decided not to indict Hillary Clinton over the private email server she had while Secretary of State, the waters continue to get muddier. On Tuesday, the FBI released materials from the Clinton email probe to Congress, but not to the public — yet. Some have wondered whether Clinton — or anyone mentioned or anyone with sensitive information in those emails — should be worried about a leak. Moreover, is this further proof that Clinton will never escape her email scandal?

Let's back up to revisit what all of this is about in the first place: when Clinton was Secretary of State, she had a private email server installed. FBI Director James Comey issued the damning criticism that Clinton had been "extremely careless" with her email practices, but also made it clear he did not believe she should be indicted.

In an effort to defend the decision not to indict Clinton and prove its "commitment to transparency," as the agency noted in a statement, the FBI shared materials from the Clinton email investigation. However, some have raised concerns about a potential leak of the documents by Republicans. Clinton campaign spokesperson Brian Fallon said in a statement, "We believe that if these materials are going to be shared outside the Justice Department, they should be released widely so that the public can see them for themselves, rather than allow Republicans to mischaracterize them through selective, partisan leaks."

The release of the Clinton emails comes just after last month's leak of Democratic National Committee emails, after Russian cybersecurity hackers penetrated its system and WikiLeaks then shared the emails. That email leak ultimately led to multiple DNC staffers resigning from their posts, including now-former DNC Chair Debbie Wasserman Schultz.

Throwing in his two cents, Wikileaks founder and notorious leaker Julian Assange said there was an "incredible double standard" in Clinton not being indicted for her private server. Even journalist Bob Woodward — most famous for his reporting on Watergate, one of the most notorious political scandals in 20th century U.S. history — has suggested Clinton was irresponsible and called it part of her "habit of secrecy."

Even though she wasn't charged, Clinton is finding escaping a scandal is harder than avoiding indictment. At least she caught one break: Donald Trump may be the one presidential candidate in recent memory who is more flawed that she is.