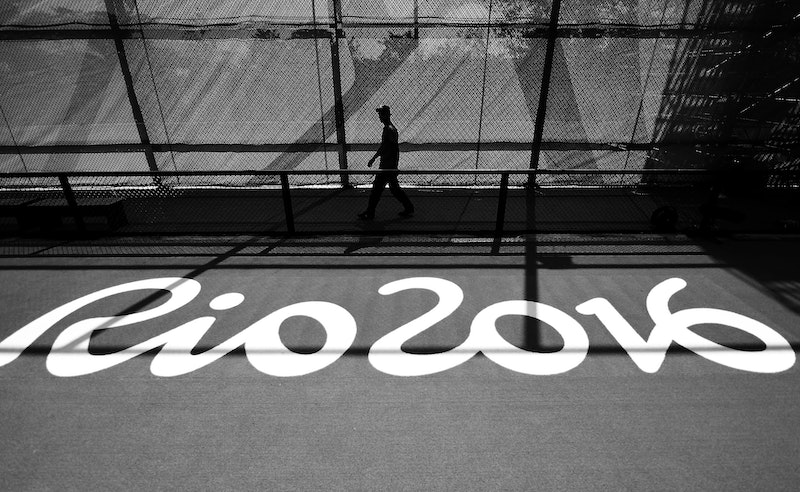 Mainstream coverage of the Rio Olympics has been heavily criticized for its sexist remarks about female athletes, but absent from these discussions has been the elimination of a policy that has been targeting female athletes for decades. For the first time in over 50 years, the Rio Olympics banned "sex-testing" of any form, thanks to one Indian sprinter who challenged the International Association of Athletics Federations' rules about testing testosterone levels in female athletes. However, the ban isn't cemented into place just yet.

In 2014, Dutee Chand traveled to Delhi from her village in eastern India, where she had been training for the Commonwealth Games in Glasgow. When she arrived in Delhi, The New York Times reported, the Indian affiliate of the IAAF sent her to see a doctor, who then ordered an ultrasound instead of the regular urine and blood tests. Then 18 years old, Chand did not know that her previous championship victories had come under suspicion. But the IAAF had ordered a "gender verification test" for Chand; shortly after the ultrasound — which reportedly resulted in "definite doubts" about Chand's gender — she had to undergo an MRI, a chromosome analysis, a gynecological exam, and a blood test to analyze her testosterone levels.

After all of these tests, the doctor told Chand that her "male hormone" levels were too high, and the IAAF told her that she could no longer compete in Glasgow. Rather than stepping down, however, Chand challenged the federations' decision with the encouragement of Indian researcher Payoshni Mitra, an advocate for intersex athletes. According to the Women's Media Center, Chand appealed to the Court of Arbitration for Sport. In July 2016, a CAS panel ruled in Chand's favor to rescind the IAAF's testosterone policy and allow Chand to compete in Rio.

Consequently, female athletes in Rio did not have to undergo "sex-testing." The CAS panel that ruled in Chand's case has given the IAAF until July 2017 to provide a basis for their hyperandrogenism policy, which states that high testosterone levels make women ineligible to compete in women's athletic events. If the IAAF can't come up with a justification for its policy by then, it will be permanently eliminated.

Some female athletes have protested the CAS ruling, saying that women with higher testosterone levels have an unfair advantage. But as Stanford bioethicist Katrina Karkazis pointed out to California Magazine, there is no scientific proof of this. Karkazis argued that upholding the IAAF's testosterone levels policy would be like telling athletes they can't compete because of other genetic traits like height, or ability to process oxygen. "We don't say you can't compete because your VO2 max is amazing," Karkazis said.

Although Chand's case led to the dismantling of the policy in Rio, it was not the first of its kind. South African middle-distance runner Caster Semenya, for example, had to deal with questions about her "masculine" appearance and testosterone levels after her victory over Russia's Mariya Savinova at the 2009 World Championships. The Times reported that following her victory, Semenya had to undergo a gender verification test, just like Chand. The IAAF finally cleared Semenya to return to competition in July 2010, and because of the CAS ruling in Chand's case, Semenya no longer has to take shots to decrease her body's natural testosterone production.

The CAS ruling is an important step forward in challenging the ways in which athletes' genders are policed, and if the IAAF is unable to provide any justification for its future implementation, this discriminatory policy could soon be history.

More like this
7 Women Share Their Best Orgasm Stories
By Lexi Inks
Naomi Osaka & Emma Raducanu’s Experiences Have Inspired A New Amazon Show
By El Hunt
How To Use Astrology In Dating, According To The AstroTwins
By Brittany Beringer
Are Virgo & Capricorn Compatible In A Relationship?
By Kristine Fellizar
Get Even More From Bustle — Sign Up For The Newsletter