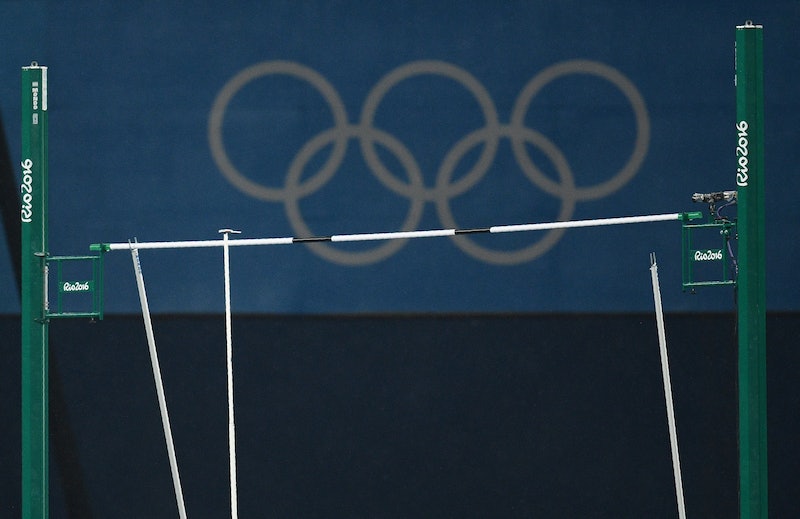 Much attention has been given to the fate of Russia at this year's Olympic Games. At one point, some suspected the entire country would be banned following revelations of a state-sponsored doping program. But a blanket ban was not issued. But the International Olympic Committee urged its member federations to take a closer look at Russian athletes and about 110 of 400 were banned heading into the Rio Games. If that doesn't result in a ban, what does? Russia may have made the cut, but not all nations have. Which countries have been banned from the Olympics? UPDATE: On Tuesday, Dec. 5, the IOC banned Russia from the Olympics.

This year, one country has been banned altogether, Kuwait. The IOC made the decision after the government of Kuwait passed a law interfering with the country's sports federations. That means that any of the athletes in Rio from Kuwait are participating as independent athletes. Two such athletes already won medals in Rio, the AFP reported Tuesday. Fehaid Al-Deehani won the gold medal in the double trap, a shotgun shooting sport. Upon returning to his country he said, "Many sceptics now realise that this participation and achievement are good for the country. We managed to win the heart of viewers, fans and the Arab world."

Maybe he will be able to compete for Kuwait in four years if the government changes its laws. This is not the first time that a country has been banned from the Games, but usually it has to do more with global politics rather than simple legislation. At other times countries have chosen to boycott the Games, usually because other countries are in attendance. The instances in which a country was banned or suspended are relatively few. But Kuwait, while maybe not in good company, is certainly not alone.

After losing World War I, the losers were not invited to the 1920 Games in Antwerp, Belgium. Among those excluded were Germany, Austria, Hungary, Bulgaria, and Turkey. Belgium had been heavily damaged in the fighting, and it was awarded the Games to get it back on its feet. In addition to 1920, Germany was excluded from the Games in 1924.

At the 1948 London Games, Germany and Japan were not invited due to their roles as aggressors in World War II. The Soviet Union was invited but declined to participate.

South Africa was banned from the Olympics from 1964 until 1992 due to the country's racist apartheid laws. The IOC had asked the country's Olympic committee to condemn its racist laws and allow white and black athletes to compete against each other in South Africa.

The country's ban is quite similar to South Africa's. After Rhodesia declared independence and cut ties with Britain, its former colonial power, a small group of whites governed the majority-black country. That led the National Olympic Committees of Africa to threaten to pull out of the Munich Games in 1972 if Rhodesia wasn't banned. The country was banned four days before the Games began. In 1980, the country held its first entirely open elections; Robert Mugabe was elected, and its name was changed to Zimbabwe.

Given the country's role as the aggressor in the Balkans War, the United Nations recommended that Yugoslavia be suspended from the 1992 Games in Barcelona, Spain. The IOC and the country eventually came to an arrangement in which only individual athletes could participate — no team events — and they could not participate in the opening or closing ceremonies or draw attention to their nationality.

After the Taliban took control of the country in 1996, it banned women from participating in sports. The IOC did not like this and banned the country from the 2000 Sydney Olympics. It also missed out on the 2002 Salt Lake Games, even though the United States had already invaded. It sent five athletes to the 2004 Athens Games.

In 2012, India was suspended for corruption in the election of Olympics officials in the country. The ban lasted through the first days of the 2014 Olympics in Sochi, Russia. Indian athletes were at the Games but competing under the IOC flag. The Indian Olympic Association held new elections and the ban was lifted just days into the Sochi Games.

Following what the IOC determined to be widespread and systematic doping during the 2016 Sochi Olympics, Russia was slapped with a ban for the 2018 Olympics in South Korea. The punishment was the most severe in IOC history.