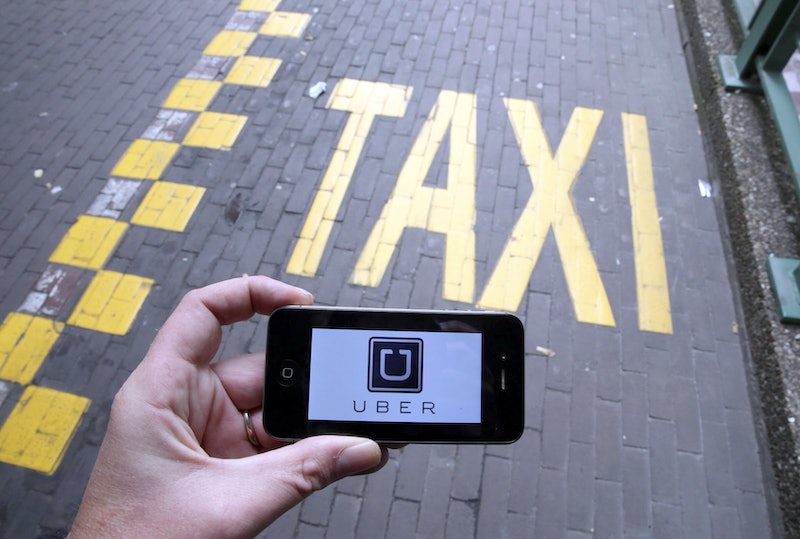 It has become one of the most popular ride-sharing services in the U.S., so it's no surprise that Uber continues to improve its business model. Uber will test self-driving cars in late August 2016 for passengers using their services in Pittsburgh, Pennsylvania.

Uber's co-founder and Chief Executive Officer, Travis Kalanick, flew to Pittsburgh near the end of 2014 to find and hire experts to help make his self-driving car dreams a reality, Bloomberg reported. And even though many have doubted how quickly we will see self-driving cars in our streets in the U.S., Kalanick defended his dreams in Bloomberg Businessweek: "We are going commercial. This can’t just be about science.” Uber's implementation of self-driving cars is a major milestone for the company, and one that no other commercial ridesharing service has even come close to achieving.

Although you might be excited (or terrified) about the prospect of hopping into one of Uber's autonomous cars, you probably won't get that experience anytime soon unless you live in Pittsburgh. The trove of self-driving cars are expected to roll out only in downtown Pittsburgh at some point in late August 2016. And just like with any other Uber service, if you live in Pittsburgh, you'll be able to call a self-driving Uber car straight from your smartphone.

Uber currently only has a partnership with Volvo to create and implement these self-driving cars. The two companies reportedly signed a $300 million deal to create completely autonomous self-driving cars by 2021, Bloomberg reported. As of now, the self-driving cars you'll see in Pittsburgh will be supervised by a human in the driver seat, according to Bloomberg. That should put nervous passengers at ease, as these flesh-and-blood supervisors — whom Bloomberg reported are "professionally trained engineers" — will be there in case anything goes awry with the autonomous vehicle.

The self-driving cars will feature "dozens of sensors that use cameras, lasers, radar, and GPS receivers," Bloomberg reported. Interestingly, Uber rides in a self-driving car will actually be free for riders in downtown Pittsburgh, at least for the time being. Typically, Uber rides are $1.30 per mile in the city. Kalanick speculated to Bloomberg that eventually, the price-per-mile will be so low that taking longer trips will be cheaper in a driverless car than in a regular car.

Volvo is not the only manufacturer that Uber plans to partner with in hopes of expanding their self-driving car enterprise. In July 2016, Uber bought Otto, a startup which manufactures autonomous trucks, according to Bloomberg. Because Otto specializes in driverless trucks that are trained to navigate highways, Uber will reportedly eventually use their services to create an "Uber-like service for long-haul trucking in the U.S.," Bloomberg reported.

This is clearly a significant step toward bring self-driving cars in the commercial market, and Uber passengers in downtown Pittsburgh will be the first to have that experience this summer.