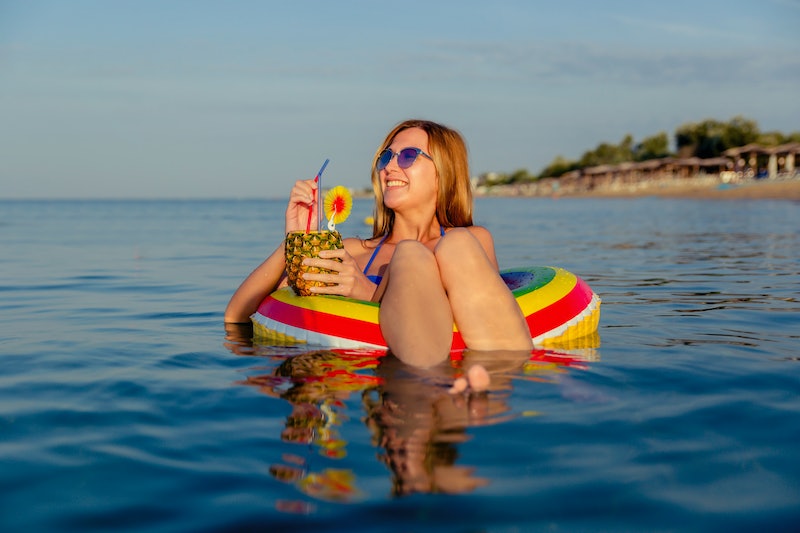 The best part is imagining the awkwardness at the TSA counter, and apparently there's a lot of it. “I was going through security with just hand luggage — enough for a couple of days away," explained Tina, 20, in an Ann Summers press release. "I got selected for a random liquids check, I suddenly realized I had my mini juicy lube in my clear bag! The lady testing the liquids was rifling through the bag, pulling out perfume, foundation and mascara testing it at random, and of course she then she brought out the lube! She saw the bottle in her hand but at this point it was too late, she had to test it! She was trying to hold back sniggers as she did the check, and then winked at me as she passed my liquids’ bag back! AWKWARD.”

Hopefully it was under 3.4 fl oz. Here's the info Ann Summers found in their survey:

1. Most Women Have Brought Them Regularly

So 85 percent have brought it at least once, but an amazing 56 percent do it on the regular. I feel so old-fashioned, because I always just assume I need to go acoustic on vacation. But this is opening up a whole new world of ideas for me.

2. Vibrators Are The Most Popular

3. 19 Percent Said They Would Bring Them On A Girly Vacation

4. 16 Percent Would Bring Them On A Family Vacation

5. They're Bringing Them Stateside

Eighteen percent of respondents have brought vibrators to North America. That's a whole lot of British vibrators entering the US of A every year (and the rest of North America) — so hopefully they filled out their customs form carefully. That's not an awkward conversation I want to be having at the border.