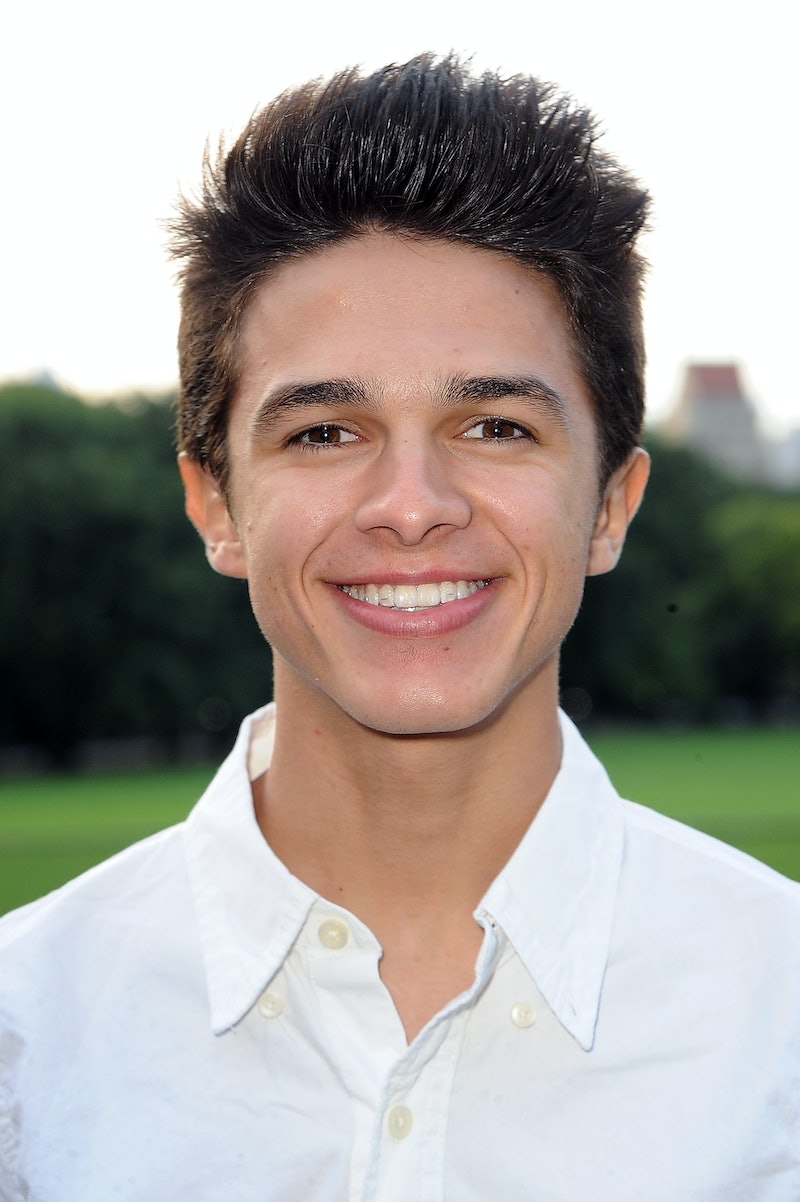 Social Media star Brent Rivera has a a bloody nose. So bloody, in fact, that it's dripped down his face and onto his clothing. Luckily for Brent — and for me, as I'm about to shake his hand — the blood is fake. The 18-year-old just finished filming a scene for Alexander IRL , a feature film in which he stars. The film, directed by Asher Levin, centers around high school student Alexander (Rivera), who wants to transform his image, so he throws a house party in the hopes of impressing the cool kids and ultimately becoming one of them. "At the party I got punched in the face by someone because they weren't happy with me," Rivera says, motioning to his nose.

Rivera, who has 5.1 million followers on Facebook, 3.3 million on Instagram, and 8.5 million on Vine, is an interesting choice to be leading the film. Sure, he has a huge audience to bring to the table, but according to Levin, the movie's core message surrounds the importance of shutting off your social media and electronics every now and again. "The movie is a coming of age story, and it's about how young people today are so glued to their phones and to social media. Some of that is really great, because everyone is more connected to each other, but a lot of it makes it so that there are alter-egos — you might try to be someone that you're really not," he reasons.

It's a theme audiences have seen time and time again. Take every John Hughes movie ever: Pretty In Pink's Andie thinks she isn't rich enough to be cool; Sixteen Candle's Samantha wants to catch the attention of the popular Jake Ryan; The Breakfast Club's band of misfits are all trying to find their place, and even Ferris Bueller's Day Off's titular character is having his own teenage crisis. Finding out who you are is really hard, and this fact doesn't escape Alexander IRL's leading man. "Throughout the process of the movie, Brent's character wants to impress a girl, be popular, be like his older brother, and as he goes through a series of events and grows up in front of our eyes, he realizes that he's good enough as himself," the director says. But that isn't the film's only similarity to classic coming-of-age features.

"A lot of classic teen films, John Hughes movies, American Graffiti, and Dazed and Confused all found emerging talent that they knew were going to be superstars one day, and put them on a platform to showcase their talents. The idea was to bring someone like Brent, who has such an incredible reach with people 12-18 and above, to get them to watch one of these movies. Brent allowed us to have a whole captive audience. Brent also has an amazing mix of qualities that makes for a great leading man in a teen film," the director says.

But Rivera, who is unfamiliar with the long form feature format, had to adapt. "I'm used to doing videos online," he says. "They are much quicker to make." And, according to the social media star, don't require a rigid production schedule. "Showing up on time is probably the hardest part," Rivera jokes.