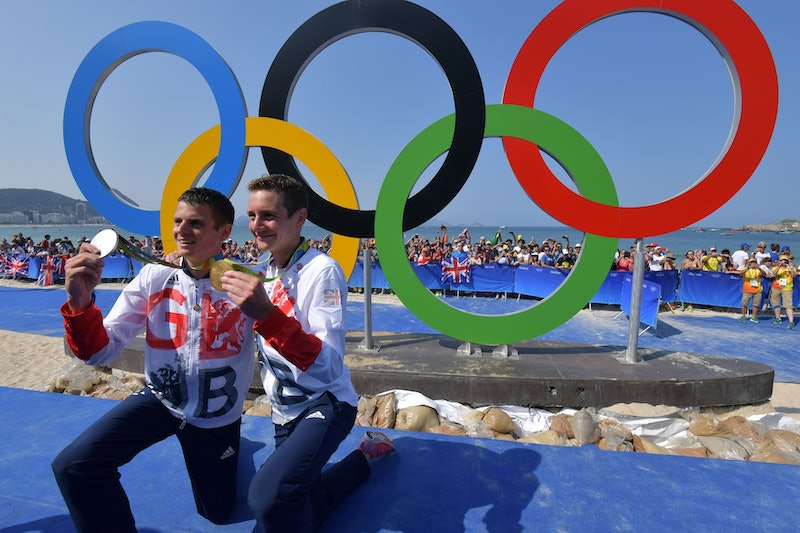 Even for those who don't love sports as much as others, it's hard to deny there's something special about the Olympics that makes a nation rally. There's something both temporal and special about it, which is why I've been happily been watching the Rio Olympic games at dive bars all summer. But a new Olympics-only channel is hitting our television sets and/or smart devices following the 2016 games... and it could change the way we see the global extravaganza.

Oh, and before you start with the questions, I want to be clear: The Olympics are not overtaking American broadcasting channel NBC for to give you endless pole-vaulting challenges and swilling competitions (although, I mean, endless swimming competitions would be cool). You don't need to worry about the fate of The Voice or anything like that: Yes, NBC will still broadcast the summer and winter Olympic games every two years, but when it comes to year round broadcasting, another channel will be taking the lead instead. The Olympics Channel is the brainchild of the International Olympics Council and will be hosted somewhere on the television landscape separately. And not even exclusive to that: the website boasts that it'll be available, "anytime, anywhere, and on any device." The Olympics: there's an app for that.

So what can you expect to see, if not the Olympic games? The Olympics Channel will exist as more of a window into seeing exclusive, behind-the-scenes coverage of the games, in-between the games. This means targeting the personal journeys of the athletes involved as well as getting us Normals to latch onto their training methods and regimens. According to the channel's official FAQ: "The programming strategy for the Olympic Channel is based around three key areas of content–original programming, event based productions and news. This is a channel about Sport, not necessarily a Sports channel."

Essentially it's going to work to target Olympic coverage and get people stoked for the main event in the two-to-four year interim (because maybe you're more of a winter viewer, I don't know your life). Specifically how they're going to do that seems to be up to viewers like you. Right now the Olympics Channel is accepting submissions and pitches for content in their regular schedule. So if you have a great idea for a Katie Ledecky reality show, now is the time to throw that out there.

Overall, it's interesting to know that after the Olympics Closing Ceremony we won't have to wait two more years for Olympics fix. Suffice to say, this could definitely be a real game-changer.