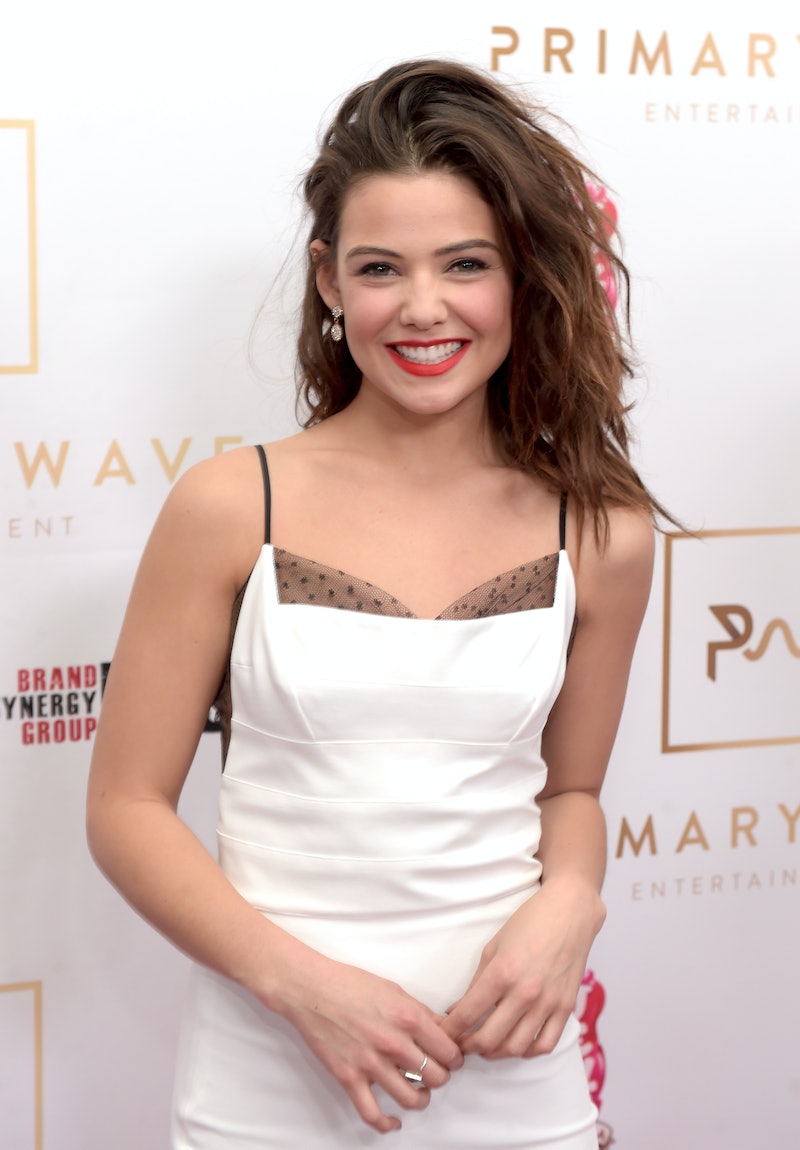 I've watched enough Teen Mom to know that navigating a romantic relationship with a young, new dad — and attempting to be on good terms with the mother of his child — are some seriously tricky waters. I imagine those waters are more like a scary-ass monsoon when the dad in question is Louis Tomlinson and the mom is Briana Jungwirth, two people whose every moves as first-time parents are documented by relentless paparazzi and deeply passionate fans. But actor Danielle Campbell, who is, of course, Tomlinson's girlfriend and has been by his side since before his son Freddie's birth, seems to be handling everything quite well, thankyouverymuch. In fact, Campbell praised Tomlinson and Jungwirth as parents in a new interview with Entertainment Tonight — which certainly puts to rest any rumors of drama between her and Freddie's mom.

"He's wonderful," Campbell said of little Freddie, adding that while he can't speak yet he's been making "a lot of noises."

While having one of her own might not be in the cards right now, Campbell praised Jungwirth as a mother.

"I think there's a lot I want to do. I have so much respect for Briana for everything that's she's doing," she said. "I think she's a wonderful mother."

Campbell's classy responses and her obvious respect and praise for Jungwirth is not just admirable, it also dismisses any rumblings of bad blood between the two. Back in July, a Twitter account purporting to be Jungwirth tweeted an angry message aimed at Campbell:

And while it's up for debate if that is actually Jungwirth's account or not, it's good to know that things seem to be entirely copacetic between the two now, if Campbell's ET interview is any indication. Since the reporter did not ask Campbell directly about Jungwirth specifically at any moment in the interview, Campbell's kind words about Freddie's mom carry even more weight. She went out of her way to applaud Jungwirth and Tomlinson's parenting skills, and that's pretty impressive. These are all relatively young people (Campbell is 21, Tomlinson and Jungwirth are 24), all dealing with an extremely adult and extremely complicated situation — and handling it with class.

As for her relationship with Tomlinson, Campbell couldn't be happier, she gushed.

But just because they're super happy, that doesn't mean that they will be getting engaged any time soon.

"I think right now [Louis and I are] young and we're enjoying each other's company," she explained. "He's been so good to me, and I care about him a lot."

While getting involved with a young, first time-dad — not to mention an extremely famous dad with a super intense fan base — can definitely be a lot to handle, it looks like Danielle Campbell is handling it just beautifully.