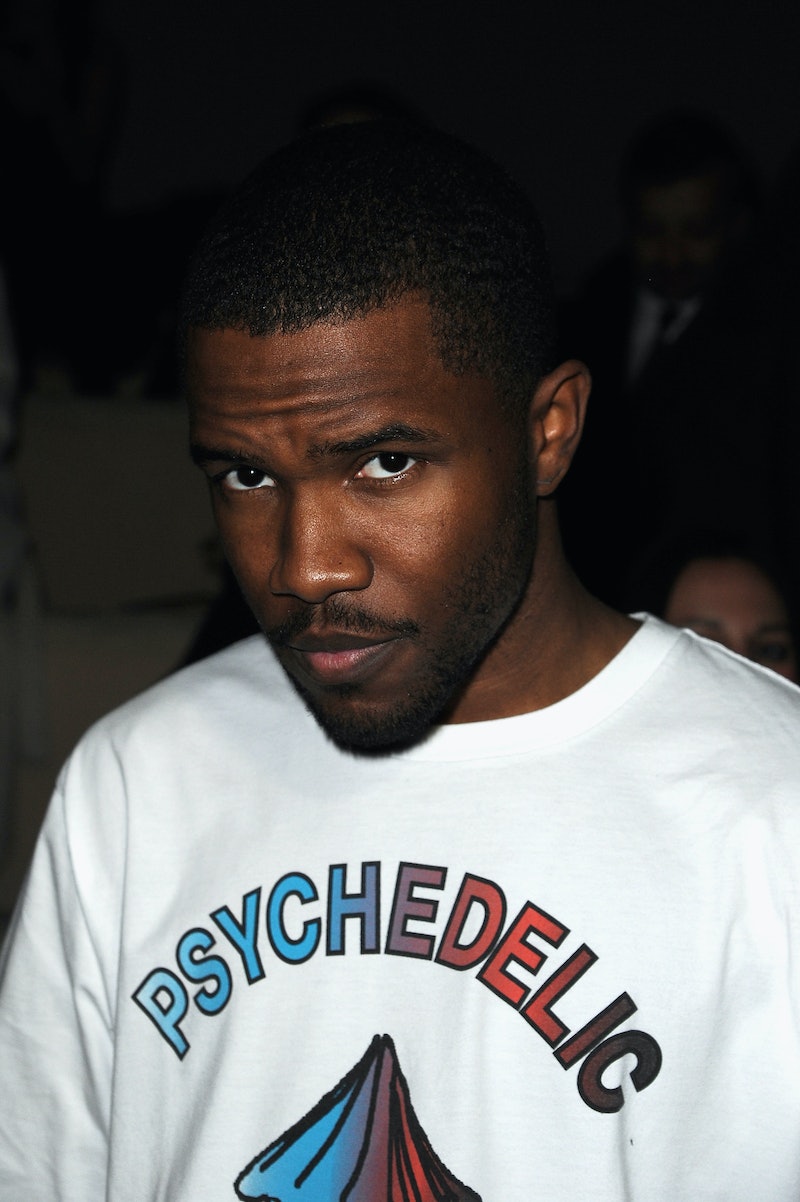 Frank Ocean memes are not new, not at all, but they are still funny. Sure, the memes regarding him as of late have mostly been centered around fans' continued disappointment over not only the lack of new music from the musician, but the promises that were made about new music that were constantly broken. That said, if you happen to be one of those downtrodden people, you'll be pleased to know that Ocean's visual album, Endless, was released Thursday night. And thus, the new tide of memes and jokes rolled on in. As if the internet could ever let a momentous occasion like this go. As. If.

While the snarky memes and jokes still abound, the good news is, there is a healthy mix of positive and excitable ones, too. Honestly though, even the more cynical ones will bring you joy because they're so damn true that you can't help but laugh. I have the feeling that Ocean knows some snide remarks come with the territory and besides, I don't know how you could ever stay upset for too long about jokes this good, anyway. These memes and such are so on point that they should be seen by all, especially those aware of the Frank Ocean new music situation (and other pop culture phenomena).

Here are some of the best memes and jokes about Ocean's new album, Endless , that you will identify with in one way or another if you're a Frank Ocean fan:

Endless Is Repairing Relationships With Strung Along Fans

Because It's All About The Joyful Disbelief That It's Actually Here

Though, Some Are Telling A More Cautionary Tale

These Fans Had A Pointed Complaint...

This Person Was Satisfied, But Stubborn

You are not alone, friend.

The healing process is slow.

But Fans Assurance That His Music Is A+ Is Unwavering

And Mostly People Are Pumped About It

There has to be extra kudos when telling a joke through Queen Bey.

But Nothing Is Stranger Than Spencer Pratt's Reaction

If you minus 80 of those years, this is accurate. But, I get the exaggeration. I do.

Some Are Taking The Album's Moniker And Running With It

Other Fans Are... Less Enthused

And Confused About His Tactics

Some Are Capitalizing On Said Tactics

Then There's This Whole Conundrum

This Dude Brings Up A Legitimate Concern

Ocean knows how to make some serious internet waves. On the musical and comical front.