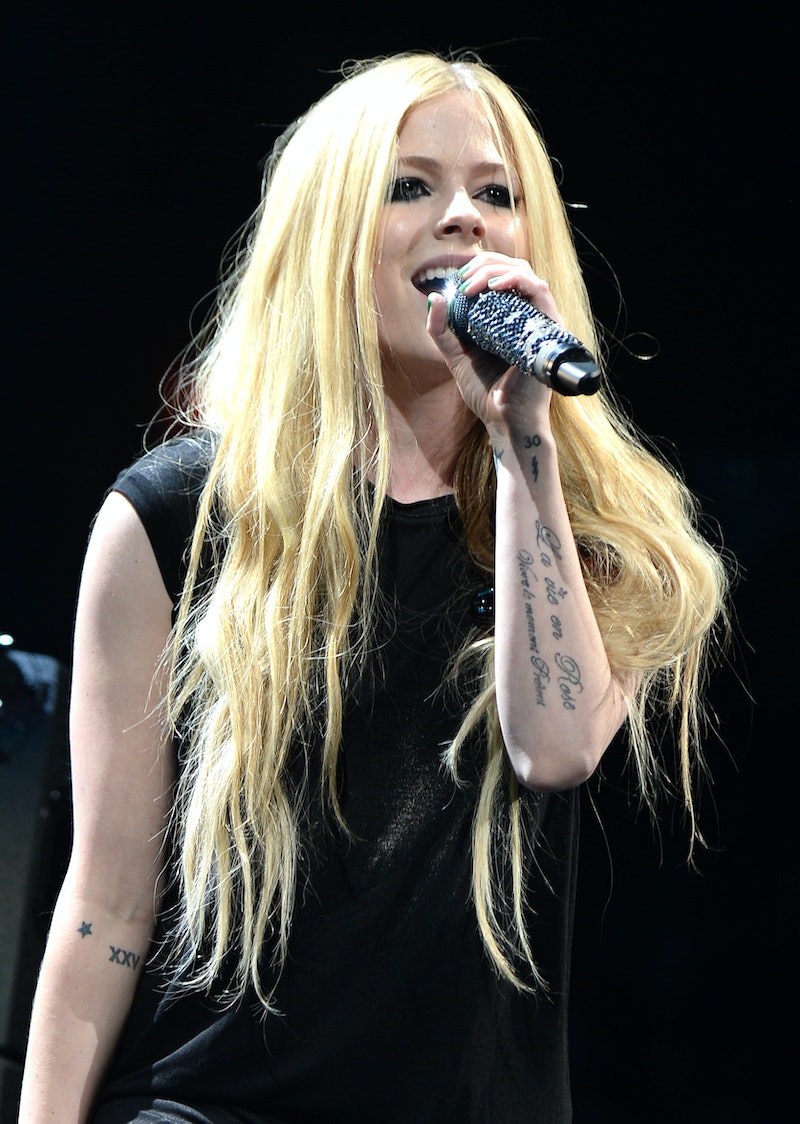 Get ready to get transported back to the early 2000s, a time when velour tracksuits paired perfectly with Von Dutch trucker hats and "sk8er boi" was totally an acceptable way to spell "skater boy": Avril Lavigne and Ryan Cabrera may be dating. This is precisely the kind of story that would have landed on the cover of the now-defunct Teen People, and I personally want to revive it just for this deliciously throwback dating rumor.

According to TMZ, the "Complicated" singer and "On the Way Down" musician — who are freaking roommates, the site reports — grabbed dinner together in New York on Tuesday. Sure, L.A. roomies can have dinner with each other on the opposite coast (Cabrera was in town for his My2K tour stop, which is an entirely early '00s throwback in itself), but do all roommates kiss in between bites of steak, as TMZ claims happened? Having gone out with my college roommate for steak before, I can attest that, no, not all roomies do this. Probably just the ones who are romantically involved somehow.

Truth be told, both artists have a penchant for dating fellow early '00s rockers: Lavigne has been married to both Chad Kroeger of Nickelback and Deryck Whibley of Sum 41; Cabrera famously dated Ashlee Simpson. The two also have a Hills connection: Lavigne dated Brody Jenner; Cabrera was in a relationship with Audrina Patridge. SO MUCH NOSTALGIA.

Cabrera coyly addressed his dating life in an interview on Thursday with Page Six, toning down the rumors. he said, "I see lots of people! Not in that way … I don’t mean like I see lots of people like that. It was a joke," he clarified. "Nowadays I tend to keep all love life stuff just completely separate just because you know how it is. You try to keep it private as much as you can." His rep had "no comment" for Page Six about TMZ's report about Cabrera and Lavigne.

Whether or not Cabrera and Lavigne are actually an item — or just a pair of roommates who Lady and the Tramp it up, only with steak — just seeing their names linked together is enough to throw it back to wearing ties over tank tops and having "True" as my cell phone ringtone. I'd like to imagine their California pad decked out Teen People-style, complete with locker-sized posters of themselves on their walls.

That is, of course, unless they're dating — and in that case, I hope their posters of one another are the official, wall-sized kind. A girl can dream...