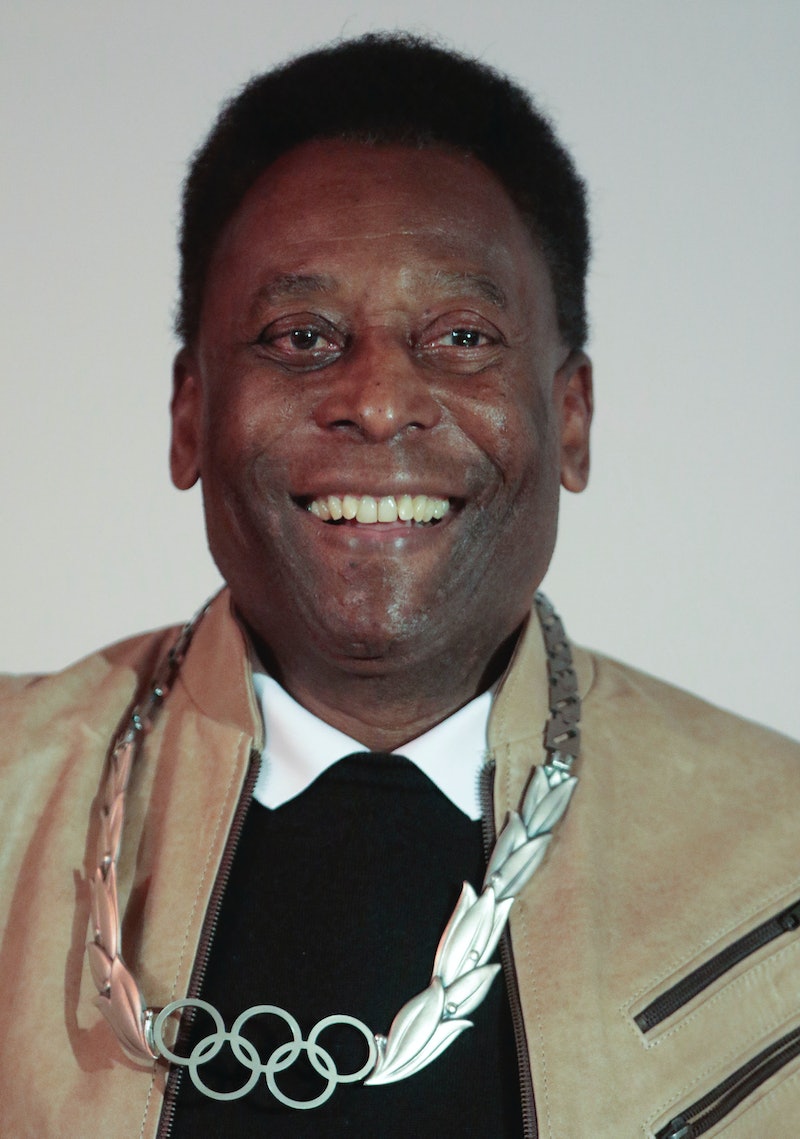 An Olympics, winter or summer, is a great way for a country to show off its best assets and its best athletes. There have been some hiccups during the Rio games, but for the most part, it’s been an exciting Olympics. Now, it’s time for the closing ceremony, and Brazil is going to bring out its big guns to say goodbye. Where is Pelé during the closing ceremony? Brazil’s most famous football (or soccer, to Yanks like me) player has to make an appearance, doesn’t he?

According to Biography, Pelé (born Edson Arantes do Nascimento) first shot to soccer fame in the 1958 World Cup. He was only 17 years old, but he scored three goals in the semifinals versus France, and two goals against Sweden in the finals. With this performance, many European soccer clubs invited him to play (aka tried to poach Pelé), but then-Brazilian President Jânio Quadros had Pelé declared a national treasure, effectively blocking Pelé from moving across the pond. It was all for the best, though — Pelé would go on to win three more World Cups for Brazil. He was named FIFA’s Co-Player of the Century in 1999 (along with Diego Maradonna). He’s a UN ambassador for world ecology, too, making him not only one of the greatest athletes of all time, but also a humanitarian. Pelé has done so much to boost Brazil’s athletic profile in the world — many of the men on Brazil’s gold-medal football team may not even be players if not for Pelé — that he should be included in the Closing Ceremony, right? Unfortunately, he couldn't make it.

According to Reuters India, Olympic organizers said on Friday that Pelé would not be at the Olympics closing ceremony. Why? Well, it's not exactly clear, but it may have something to do with his health. According to the Chicago Tribune, Pelé released a statement right before the Olympics explaining why he wouldn't be attending the opening ceremony. "I'm not physically able," he said. "Only God is more important than my health. In my life I've had fractures, surgeries, pain, hospital stays, victories and defeats. And I've always respected those who admire me."

Since Pelé recently had hip surgery, it could be that he's just not well enough to attend the closing ceremony, either. Only two weeks has passed, and recovery from a serious surgery can take much longer than that, which is a shame, considering Pelé's legendary status in Brazil.

That's not to say he's not watching, though — Pelé cheered on the Brazil soccer team on their gold-medal win, so you know that wherever he is, he's watching the closing ceremony of his country with pride.