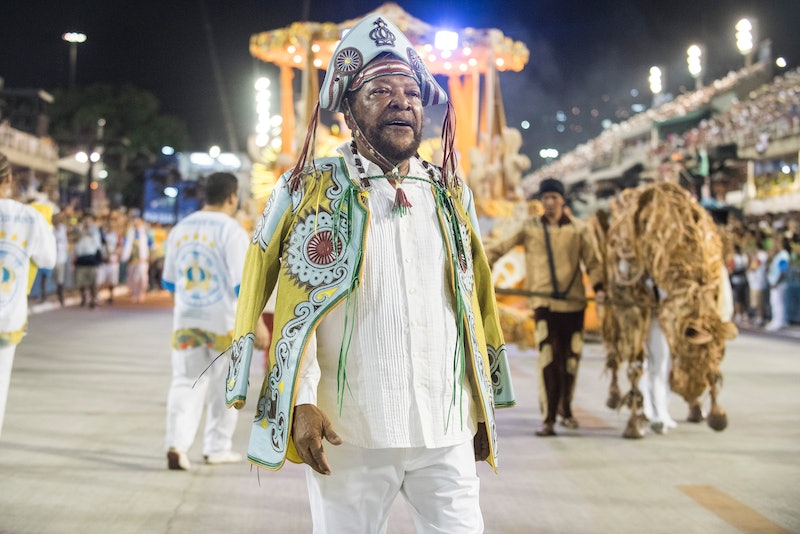 Rio's Olympics came to their end on Sunday, as the world's athletes joined together once more in celebration of a historic Games. And just as the opening ceremony shed a little light on some of the city's cultures and traditions, the closing ceremony ended the games in a similar vein with some song and dance that belongs to its vibrant samba culture. As the event kicked off for a magnificent ending to the 2016 Games, who is Martinho da Vila? The Brazilian samba icon sang his way into the hearts of people all over the world with "Carinhoso," which translates to "affectionate."

Just after the official opening of the closing events, da Vila took to the stage with his three daughters and granddaughter as the audience watched in awe and was followed by a children's choir who sang the country's national anthem, Us Weekly reported. Da Vila has been in the music business producing and performing samba and "contemporary pop fusions" over the last fifty years, releasing over 40 albums over the course of his career. His music career began from an early age, and he made his way into the industry by writing "samba de enredos — songs performed by samba schools at carnival," according to the King's College Brazil Institute.

According to a bio on the Barbican's website, not only is da Vila, whose stage name comes from the Vila Isabel samba school, a beloved samba performer, he is also socially and politically active. Barbican also noted that da Vila is "an advocate for afro-Brazilian music and history, doing humanitarian work and political activism throughout Brazil and Africa." He is also a journalist, researcher, activist, and author, according to the Brazil Institute and much of his research and activism has centered around "Afro-Brazilian musical influences and history."

Da Vila wowed the viewers of the closing ceremony, some of whom took to Twitter to share their love of the samba musician, whose hearts were captured by his voice. One Twitter user wrote, "I LOVE Martinho da Vila" and another shared, "Watching the #ClosingCeremony and I get to hear Martinho da Vila, my favorite Brazilian singer." Many were thrilled to see him perform as the Rio Olympics came to a close.