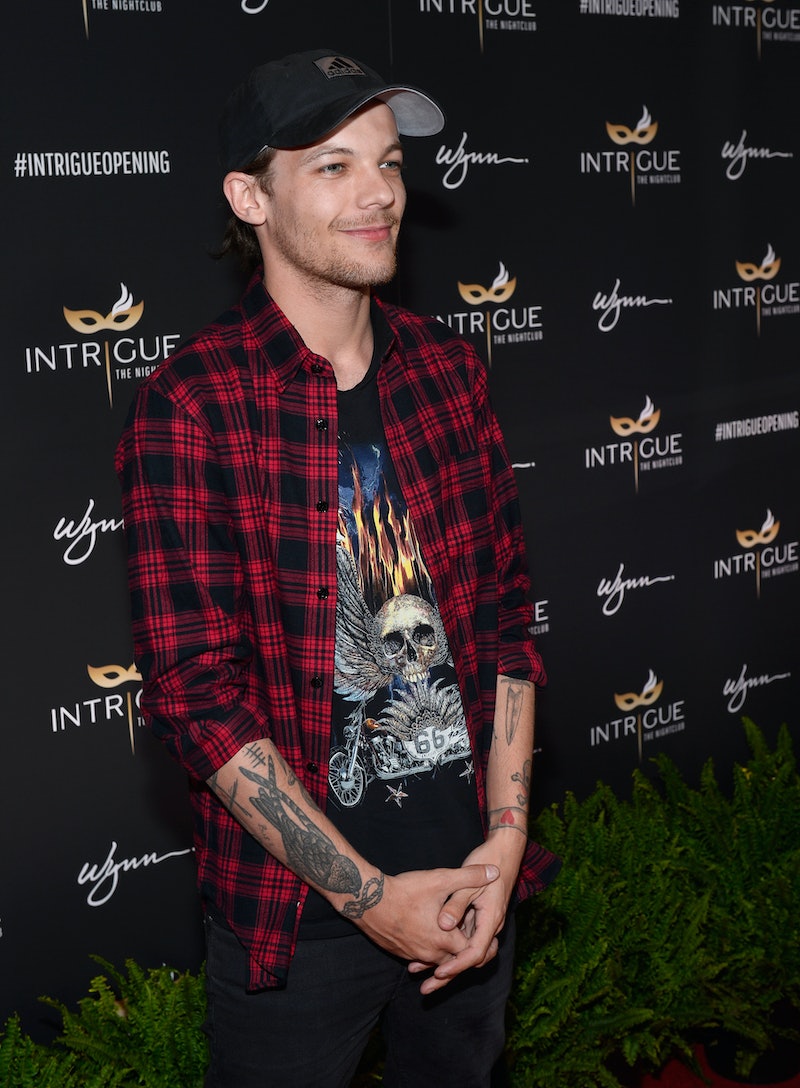 One Direction is all but broken up, but all of the guys (minus Zayn Malik, maybe) remember their time in the boy band fondly. Just look at Louis Tomlinson's tribute to 1D's 2012 Olympics performance. Honestly, the feels will probably make you shed actual tears. How was this four years ago???

In honor of the 2016 Olympics closing ceremony on Sunday night, the official Olympics Twitter account threw it back to London 2012 and shared a vid of super young 1D performing at the closing ceremony — a more innocent time, one where Malik was still in the band and Harry Styles and Tomlinson still interacted with one another publicly and actually stood next to each other during performances. One Direction, of course, sang "What Makes You Beautiful," and it was everything fans loved the most about 2012 1D: Styles' floppy moptop hair, those baby faces, and the guys' super awkward attempts at dancing.

For his part, Tomlinson was all about the throwback, retweeting the video and adding his own commentary: "Wonderful memories !" Because for real, 1D did a lot of cool stuff in their career, but performing at the Olympic Games had to be up there as one of the coolest.

To be honest, watching this video will be like getting hit in the jugular with a tidal wave of nostalgia, but it will also make you realize just how long ago 2012 was and just how much has happened in the world of One Direction since then. When the guys performed at the London Olympics, Malik leaving the band wasn't even a thought in anyone's head. The fact that Tomlinson would become a father in four short years was unfathomable. Styles as an actor, Liam Payne's solo career, the band going on a hiatus and most likely never coming back from it... these were ideas that weren't even entertained by fans at the time. And now they're all real. (Oh yeah, and Niall Horan plays golf now or something.)

But it's all of these reasons that makes this throwback so special. Things may have changed immensely for the guys of One Direction since their Olympics performance, but they'll always have the memories — and fans will always have the video (to replay again and again while sobbing and wondering why nothing ever stays the same). We'll always have London!