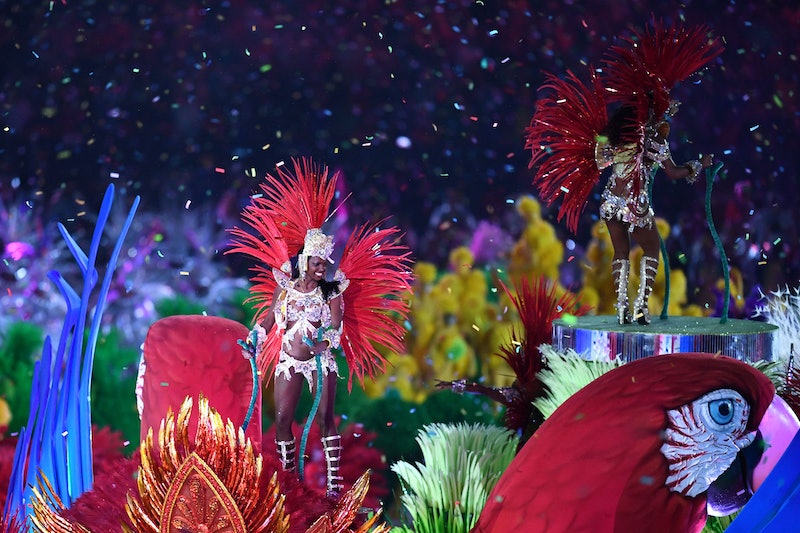 Rio is big on costumes — during the pre-Lenten festivities of Carnivale, everyone dresses up in some way, shape or form, jumps on a float, and dances and dances, because they’re not suppose to dance again until Easter (more or less). The Rio Olympics closing ceremony leaned heavily on the costumes, especially at the end, but was it just me or did some of those costumed characters look eerily familiar…. Like little fruits and vegetables on our underwear? Fine — they looked like the Fruit of the Loom logo, or Veggie Tales characters if you're old enough to remember them, and I’m not the only one who noticed it. Twitter was aflame with comparisons.

We can joke all we want, but I admire the Rio Olympic planners’ ability to take their celebrations to new levels of costumed revelry. Rio is known for Carnivale, really, so how could they leave it out? It was the big finale to two weeks of a pretty smooth-running Olympics games, an Olympics that everyone thought would be fraught with Zika peril and athletes actually getting robbed at gunpoint (looking at you, Ryan Lochte). Still, the Internet had plenty of jokes to point it out (it was funny, you have to admit).

Like I said, Brazilians know how to celebrate, and those little vegetables were probably shaking it until the wee hours of the morning. Brazil’s closing ceremony was a fun and festive end to an Olympics that I personally very much enjoyed watching. There were plenty of heartfelt moments, plenty of competition, and plenty of costumes. It’s your move now, Tokyo — you better have some awesome outfits or I’m out.