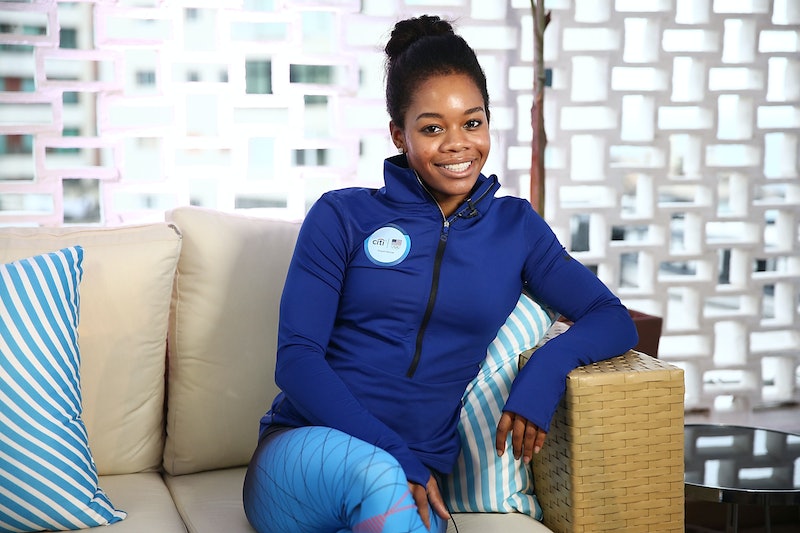 The only thing I love more than the Olympics itself is seeing, in the aftermath of the closing ceremony, where the Olympians end up taking their lives. As some hit the gym immediately to start training for the next four years, others step into the very bright limelight and do some really exciting things. Which is why I was pretty pumped to see that Gabby Douglas will be a judge for this year’s Miss America pageant. With her amazing sense of presentation and physical perception, she is going to be absolutely amazing at it. But she’s not the only serious talent joining the judges’ panel this year. In fact, she will be joined by a number of other promising stars to decide who will be crowned the next Miss America.

Joining Douglas at the judges’ table will be Laura Marano, the star of Austin & Ally. Marano was also one of the original cast members on Are You Smarter Than A Fifth Grader? so she likely will be very interested in these women’s smarts. Sarah Foster, from Barely Famous, will also be sitting at the table, alongside singer and songwriter Cole Swindell and former Miss America Sharlene Wells Hawkes. Talk about some tough women.

Other judges will be announced in the coming weeks, but I’m already swooning over these super talented women. So far, the entire panel is female, and not just any females, but super strong ones. I’m hoping that this is an indication of the competition promoting the power of their contestants and not just the good looks. That seems to be what attracted Douglas to the gig as well. Of the judge assignment, Douglas said,

Miss America has been such an amazing event for so many years and I am excited to have the opportunity to judge the competition this year. The contestants are a great example of strong women across America and I especially look forward to hearing the platforms that each of them will represent.

The contestants are always incredibly strong, but, this year, so are the judges.