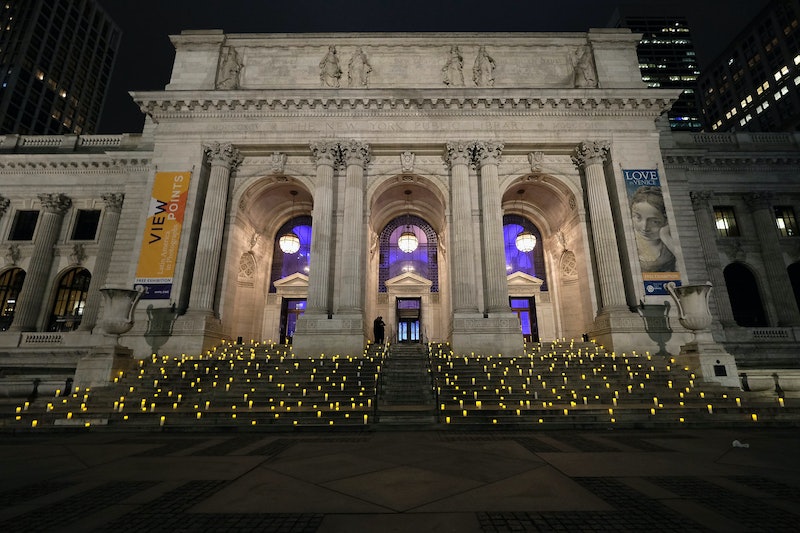 This is the kind of news that restores your faith in humanity. The New York Public Library announced Wednesday that one of its biggest fans expressed her love of books in the form of a $6 million donation. The late Lotte Fields, a local New Yorker and avid reader who inherited her wealth from her husband's family, bequeathed the generous sum to the library after her death last summer.

"Her donation shows just how much Lotte loved books and how important she felt it was to support her fellow book lovers," her executor Irwin Canton said in a statement. According to Canton, the 89-year-old loved spending the weekends reading alongside her husband.

"We are deeply honored to pick up her mantle and promote the joy of reading," Tony Marx, the library's president, told the New York Times after admitting that he was astounded by Fields' generosity. Though she was a frequent donor, her donations had always remained quite modest until now, according to Marx. Yeah, $6 million doesn't exactly fall on the modest side.

As per the specifications in her will, the money will be evenly distributed between the 42nd Street Stephen A. Schwarzman Building and its other library branches throughout the city so that the fellow New Yorkers Fields' left behind can share in her enthusiasm for books.

In related news, if we're all this cool when we're 89, the world is going to be really, really great in the next few decades.