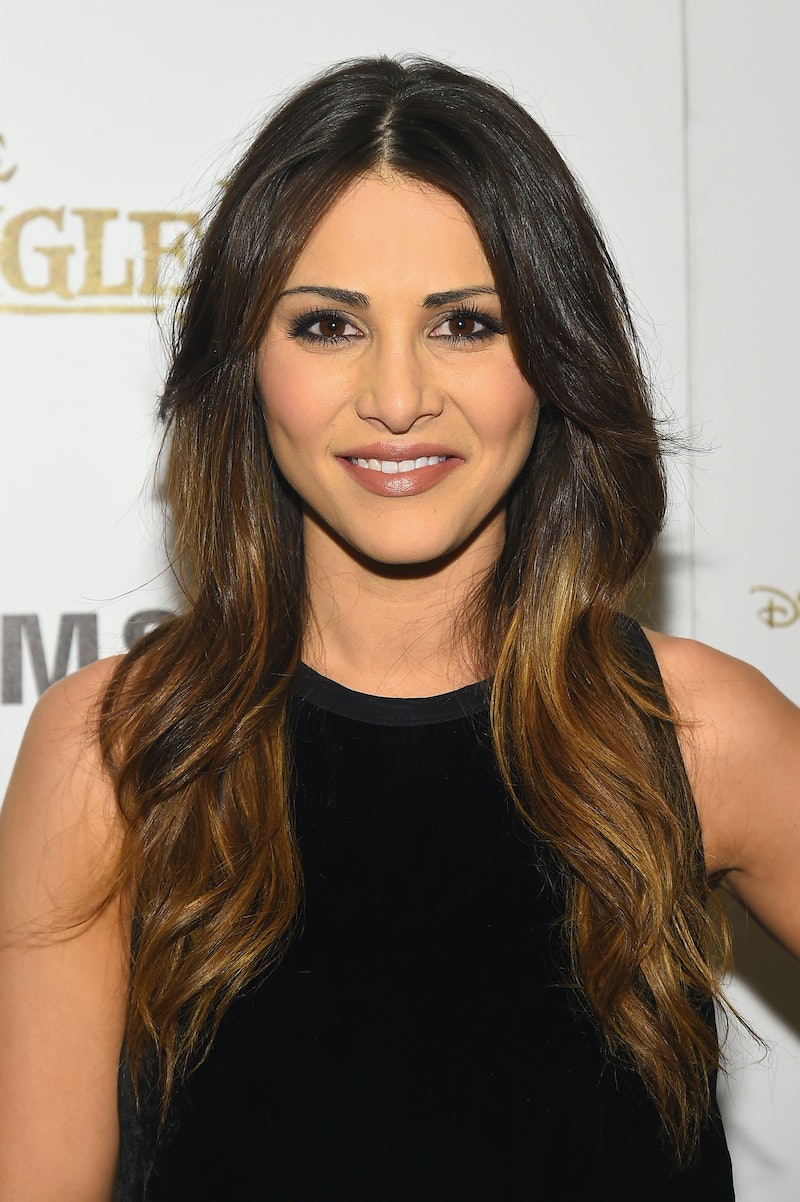 Andi Dorfman, lawyer turned rose-giver turned New York author, wrote a tell-all book that is causing waves in Bachelor Nation. It's Not Okay: Turning Heartbreak into Happily Never After details her experience as the leading lady on the most famous dating show in the country. Beyond handing out roses and kissing handsome men, Andi talks about the many real relationships she had on the show. One of her most fascinating relationships was with her runner up. So, as a result, Andi's book features many interesting quotes about Nick Viall.

In her book, Andi writes about her overnight date with Nick, as well as the alleged interactions they had after the show. Rarely are these things discussed on the actual show, as audiences usually are only shown the romantic helicopter rides and flowery proposals. The Fantasy Suite overnight is the sole off-camera time a Bachelor or Bachelorette lead gets to spend with a contestant. Andi writes about her allegedly awkward time with Nick in the Fantasy Suite, claiming that the following went down:

As he opened his mouth to speak, I was certain he was going to tell me he loved me. But instead, he asked, "Would you rather?"

Naked, and caught completely off guard, I thought, What the f*ck? "Ummm ... would I rather what?"

"Would you rather make love ... or f*ck?" he asked without hesitation or the slightest sense of how bizarre this conversation was.

Nick was asked about the details in the book during an interview with E! News, in which he explained his view on things:

The other major Nick moment Andi writes about is his ATFR admission that they had sex in the Fantasy Suite. He famously said, "Knowing how in love with you I was, if you weren't in love with me, I'm just not sure why you made love with me." Andi details the aftermath of this revelation in her book, claiming that it impacted her relationship with her then-fiancé Josh Murray, whom she said was jealous over the incident:

Did I feel betrayed by [Nick]? Absolutely. Did I think that his revelation caused my breakup? At times. But the truth is, while what he did had a damaging effect on my relationship, he wasn’t to blame ... God knows [Josh] always seemed to find plenty of ammo for our fights.

For his part, Josh has denied all of the claims in Andi's book. "I can't comment on specific things in any kind of book that my ex has written, because it's a fictional story," Josh said while on Bachelor in Paradise. "There's stuff that's so ludicrous; how do you comment on stuff like that?"

Andi also describes meeting up with Nick, and how intense it was, after the show was long done:

Seeing the hurt in my face, he tells me he was angry that he had tried to reach out to me so many times before, and he felt hurt that I refused to see him. This was true — he had, and I had refused both times and told producers that he would have his chance to talk to me at the finale. Turns out that had been a terrible idea on my part, though I think the conversation would have been the same no matter where we had it.

One thing is for sure: From reality television admissions to tell-all books, this is one romance that hasn't stayed private.

Check out: It's Not Okay: Turning Heartbreak into Happily Never After, $15, Amazon