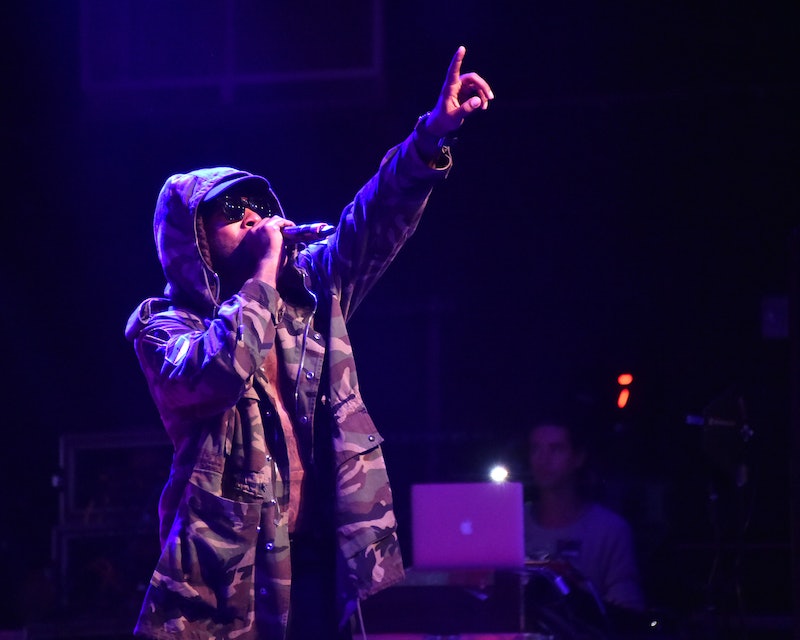 Whenever a hot new star graces the headlines and award shows, I do my best to find out as much as I can about them. This is why, in advance of the MTV Video Music Awards Sunday, Aug. 28, I poured my heart into finding out all of the things to know about Ty Dolla $ign. The rap artist has been making a name for himself for some time, but it wasn’t until his name got kicked around before the VMAs that the world straightened up and started to notice. Who was this singer that everyone was talking about and what exactly did the world need to know about Ty Dolla $ign?

Turns out, there are plenty of things worth knowing about him, including the fact that his love for his music runs deep. This groundbreaking artist has some serious influences, both personal and professional, and he’s also incredibly connected within the music scene. Even though he might seem like fresh meat, he’s been around for some time, rubbing elbows with some of the best artists of each decade.

Ty's original sound, smooth beats, and resistance to the “rap artist” label make him one definitely worth watching. I’d be surprised if you didn’t see his name popping up in a major way soon enough.

Hence the "Ty" in his stage moniker.

He clings pretty tightly to his west coast roots, too.

3. He Was Once Linked To Kylie Jenner After She Allegedly Split With Tyga In May 2016

According to Billboard, there were rumors he was spotted kissing Jenner after she reportedly briefly broke up with her current beau Tyga — but he never commented on the subject.

4. He Has Music In His Blood

He’s the son of singer and songwriter Tyrone Griffin, a member of the funk band, Lakeside. And that definitely shows in his more melodic beats and style.

5. He Considers Himself A Singer, Not A Rapper

As he told Vice's music blog Noisey, he specifically uses "aggressive lyrics with smooth-sounding music" in his work because "it allows me to sing about the same stuff that a rapper would rap about." And don’t you forget it.

6. 2Pac Is His Favorite Rapper Of All Time

Also according to his Vice interview. Told you he was a west coast guy.

7. His Uncle Played With The Legendary Band The Isley Brothers

This, according to the LA Times : "His father, Tyrone Sr., was a member of the funk band Lakeside (he now plays with Griffin's band), his uncle played with the Isley Brothers and Griffin's list of favorite musicians includes Jaco Pastorius, Victor Wooten, George Benson, George Duke and Freddie Hubbard."

8. He Can Play Many, Many Instruments

Thanks to his upbringing in funk and soul, this guy can play just about any instrument there is. In an interview with Noisey, Ty Dolla $ign said, "I know how to play all instruments, anything but brass basically, and I’m sure if I bought a horn I could figure that out."

9. He Has Big Dreams

He doesn’t just want to be an artist. In an interview with Noisey, Ty Dolla $ign said he wants to grow up to be a mogul one day, just like Jay-Z.

And pretty much a lot of other people in the music scene. During a Complex interview that he gave in 2012, Ty Dolla $ign told the story about working with "Buddah Brown [Entertainment], will.i.am and Justin Timberlake." Of the professional relationship, Ty Dolla $ign said that "they signed [him] and [his] partner Kory."

11. He’s Been Making Music Since He Was Really Young

He reportedly made his first track when he was as young as 10 years old. In an interview with Complex, the artist said, "I can’t tell you the exact age [I first made a full track], but I think I was probably like 10 or 11." Clearly music has been his calling for a long time.

He’s not exactly your typical artist. Defying labels and any definition of what his music is, this artist is definitely one to watch.