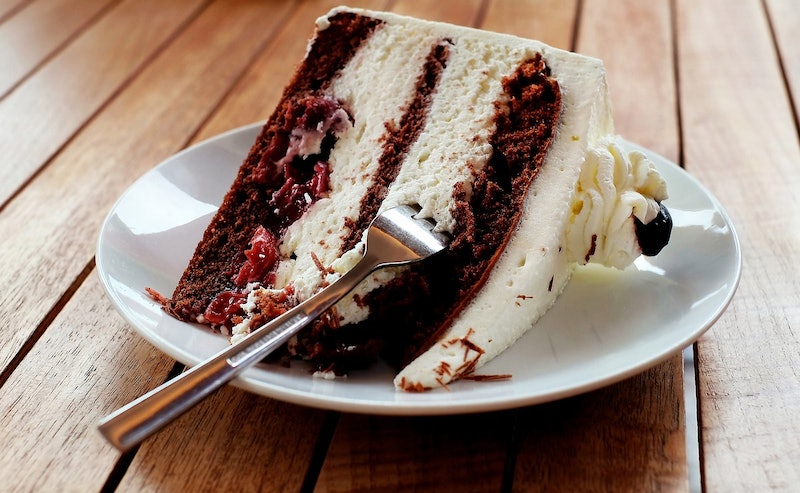 If you’ve ever tried the low cal/low sugar/low salt versions of some of your favorite sweet or salty snacks, chances are you’ve noticed the missing ingredients — and the fact that these versions simply don’t taste as good. Scientists, however, have created a device that can make “healthy” foods taste better, by tapping, not into your taste buds, but into your sense of smell. Of course, there’s nothing wrong with choosing the real thing over low cal versions of different foods (You get to decide what you eat!), but for people who want to lower their calorie or salt intake due to health concerns (or for any other reason), this line of research could potentially increase their food options. Plus, it’s just kind of cool that Science! can trick the human brain into tasting things that aren’t really there.

As you’re probably already well aware, salt, sugar, and fat make things taste yummy. Unfortunately, in excess, they can also negatively impact health, so a lot of food producers make products that are lower in salt, sugar, and fat, and market them as “healthy.” The problem is that these products have less of the good-tasting stuff in them, and so they simply aren’t as appealing as the originals. “If you buy a product made with 30 percent less salt, and you don't like it because it isn't very tasty, what do you do?” Researcher Thierry Thomas-Danguin asks in a press release. “You'll probably reach for the table salt and put some into the product. So the target is missed.”

Thomas-Danguin and a team of French chemists are attempting to get around the problem by influencing people’s sense of smell, which is closely linked to taste. They believe that carefully manipulated aromas have the capacity, not simply to make things taste better, but to make them taste as if they have more salt, sugar, and fat than they actually do. In a previous study, Thomas-Danguin added the odor of ham to flan. Tasters found that the ham scent made them perceive more saltiness in the dish, some going to far as to say that flan with the ham aroma added tasted the same as a normal flan featuring 40 percent more salt than the altered version.

For the new study, recently presented at American Chemical Society’s annual meeting, the researchers developed a device called the “Gas Chromatograph-Olfactometry Associated Taste” (GC-OAT), which isolates aroma molecules in food. In this case, the researchers used it to find the molecules for sweet aromas in juice. They then hooked participants up to an olfactoscan (a machine that delivers odors directly into the nose via a tube) and had them taste juice while smelling certain aroma molecules. They found that some of the aroma molecules made participants think the juice they were drinking was more sugary than it actually was.

This research is ongoing, but the chemists think that they’re definitely onto something. Thomas-Danguin remarked, “Based on our lab work, we've come to believe that aromas can help compensate for the reduction of fat, sugar and salt in healthful foods and make them more appealing to consumers.”