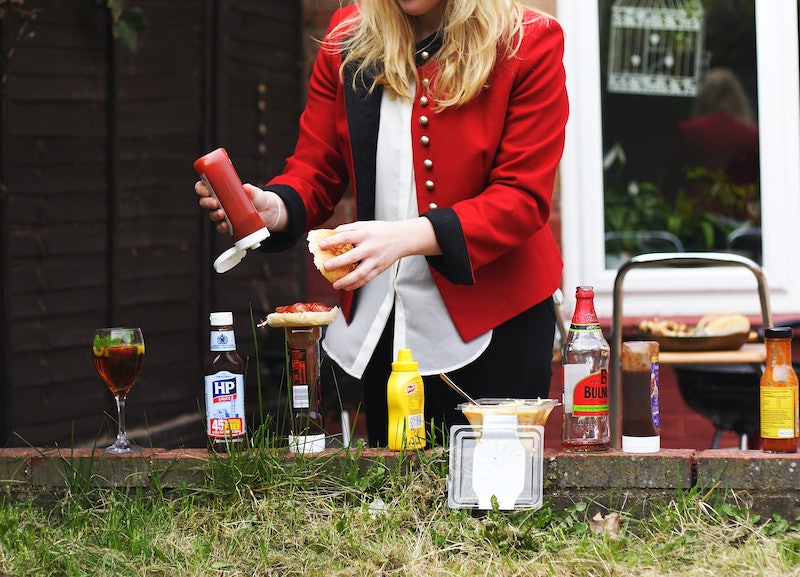 Everyone loves long weekends and holidays that land on Mondays, but not everyone understands just why they're recognized to begin with. Memorial Day is celebrated to honor fallen soldiers, Veterans Day is all about the women and men who have served in the armed forces, but why do we celebrate Labor Day? This important holiday means a lot more than just another day off.

In short, Labor Day is a celebration of America's working men and women, but to truly appreciate the holiday, you have to understand how it came about. An official holiday since 1894, Labor Day's history actually goes further back than its 122-year lifespan, beginning with the Industrial Revolution. As manufacturing and industry boomed in the country, workers by the thousands swarmed to cities seeking factory jobs. Unfortunately, as industry grew bigger and more demanding, working conditions grew poorer and poorer. Laborers worked for barely livable wages, put in an average of 12 hours a day, and worked in dirty and often dangerous settings where injury and death were a common occurrence.

Adults weren't the only ones suffering, either. Children, sometimes as young as five and six, were used as laborers in factories all over the country, working the same long hours as their adult family members and getting paid even less. Since their small size allowed them to move into small spaces in factories and mines, they were often put in dangerous situations. Despite attempts at reform, child labor was an issue throughout the first half of the 19th century, and beyond.

As the number of working Americans increased and the conditions grew worse, laborers began to unite in hopes of achieving a common goal: a safe place to work with a good wage and reasonable hours. Oh, and no more child labor, too. By the 1860s, early labor unions began to form, and over the next three decades, they fought to bring attention to their cause and support from their lawmakers.

In cities all over the country, laborers organized protests, strikes, rallies, and marches in attempts to secure their rights to an eight-hour workday, safe working conditions, and a livable wage. But rights weren't the only thing laborers were after — they also wanted recognition, and a day that celebrated their achievements and contributions. On Sept. 5, 1884, New York City hosted the very first Labor Day celebration. The day's festivities included concerts, speeches, picnics, and most importantly, a march of 10,000 laborers from City Hall to Union Square. Other cities and states followed suit.

Proposed as a state bill in New York, Labor Day laws began to catch on all across the country. Oregon was the first to make the holiday official in 1887, followed quickly by Colorado, Massachusetts, and New Jersey. It wasn't until seven years later that President Grover Cleveland made Labor Day an official federal holiday in 1894. After attempting to put an end to the Pullman Strike and instead creating more violence and chaos, the president attempted to appease workers by signing into law Labor Day. Though the workers still had a far way to go before all of their demands were met, a national holiday isn't a bad place to start.

So why do we celebrate Labor Day? To honor the hard-working men and women who make our country run, to remember the sweat, blood, and tears of the laborers who came before us, and to bask in the rights we fought for and earned as American workers. What better reason could there be?