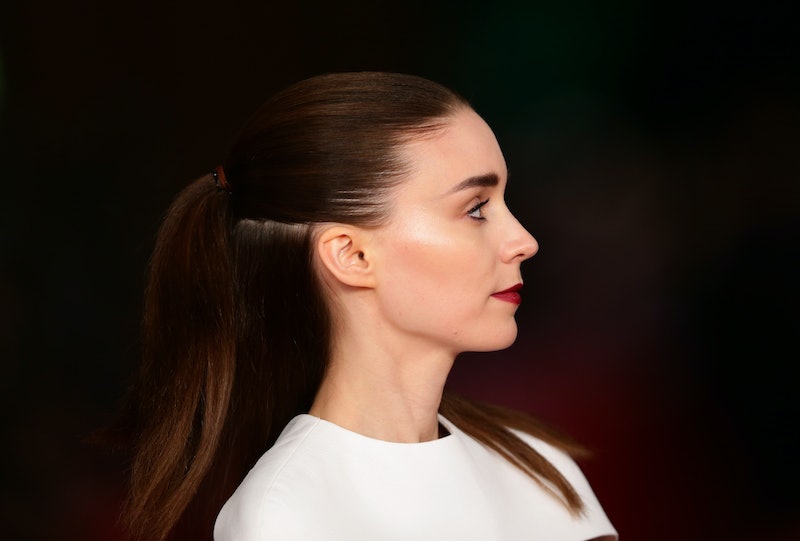 You would think that Warner Bros. would know better but according to reports, Rooney Mara has been cast as Tiger Lily in the new Peter Pan origin story. For those of you who have forgotten the players in Peter Pan, Tiger Lily is the Native American daughter of a powerful chief. And it's a problem that Mara nabbed the role.

Guys. It's absolutely ridiculous that the new Peter Pan origins story — a story that has the ability to make Neverland look like whatever they desire — features a non-Native American Tiger Lily. Native Americans are underrepresented in film as is, and the least that this production could have done is offered the role of a Native American to a talented Native American actress.

What's odd about this casting choice is that it comes off of the heels of director Joe Wright insisting that his Neverland will be "multi-racial" and feature an "international cast." By no means has this been the case thus far in the publicly-known casting process. Hugh Jackman has been cast as the villainous pirate Blackbeard and Garrett Hedlund has been cast as Hook. Peter Pan has not been cast yet, so perhaps there is where they plan on cashing in all their supposed diversity chips.

You would think that Warner Bros. would have learned from the controversy over Lone Ranger that, sometimes, it's okay to forgo the big name stars when it comes to casting culturally accurate roles. When Johnny Depp was cast as Tonto in Lone Ranger, critics stated that since he wasn't Native American, he shouldn't play the role of the Native American. Johnny Depp's claim of a Cherokee ancestry didn't exactly help matters, as Depp does not culturally identify as a Native American. While I don't know if Mara has been on Ancestry.com recently to look up whether she fits the bill, I doubt that it matters. After all, the film cast Mara in the role knowing full well that they had other options — they simply did not choose to take the culturally sensitive route.

Rooney Mara is a talented actress who I'm usually excited to see cast in a new film, but this is one role I'd rather go to someone else.