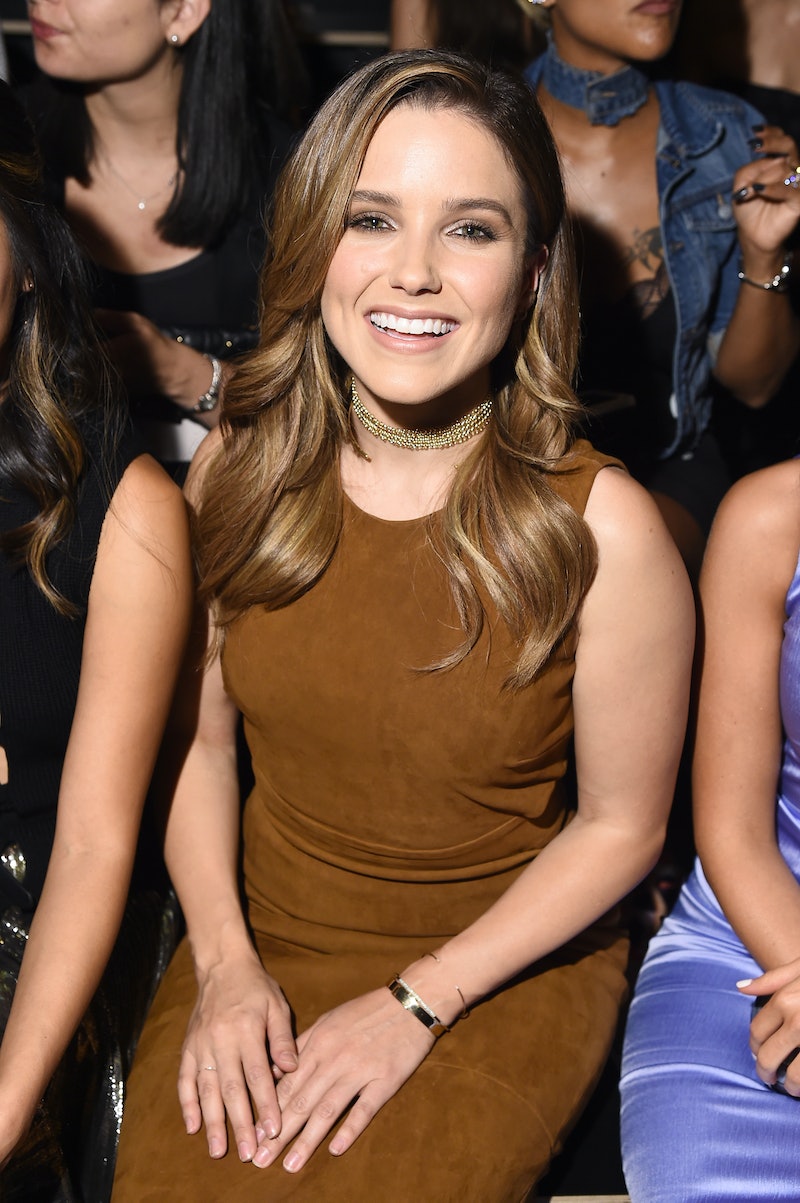 It's been awhile since Sophia Bush said goodbye to the River Court and Tree Hill — and she's kept busy since. When she's not kicking ass on Chicago P.D. every week, the actress is empowering her fans to get out and vote. Bush is also partnering with Lipton to remind others to take time for themselves, so they can, as she puts it, “take charge of their life and their breaks.” However, she admittedly sometimes forgets to take that time for herself. So, can we really blame her when she says she doesn't think about One Tree Hill's Brooke Davis?

"Everyone got so much more out of it than you get from a normal show and myself as a performer included," Bush says, "But, for the fans who had 186 hours of Brooke Davis — I did the math because I'm a super science dork — I played Brooke Davis for 33,000 hours of my life." When we left Brooke Davis, she'd settled down in Tree Hill with her sons, Julian, and a new business. She'd achieved everything she'd hoped for for nine seasons. "I don't think about where she is now, we wrote the last chapter of the book and we closed it and we published it and we put it on the shelf and, to me, it was perfect."

The Brooke Davis we watched grow up and struggle through her teens and early 20s got her fairytale — and Bush agrees, which is part of the reason why she's not gunning for a Tree Hill reunion anytime soon. "I have an immense heart for the people who love it — but, to me, because of practicality at this point, it's a pipe dream. It's just not feasible," she says, especially with her starring role as Chicago P.D.'s Detective Erin Lindsay.

"If I felt like it was unfinished, we wouldn't have ended our show," Bush says, "We all chose, as a group, to end it in a very specific way because, to us, that was our happy ending for those characters." There definitely isn't a One Tree Hill fan that'll argue that the series' final scene in the Tree Hill High gym wasn't the perfect way for the story to end, so Bush really does make a great point. "I got to wrap her up in a shiny bow and I'm happy with it. I don't speculate on her because I ended it in just the way I wanted to," she says — and, really, this is exactly what Brooke Davis would want.

You can find more of Bush's "Lunchtime Rescue" series and recipes to rescue your own lunch here.