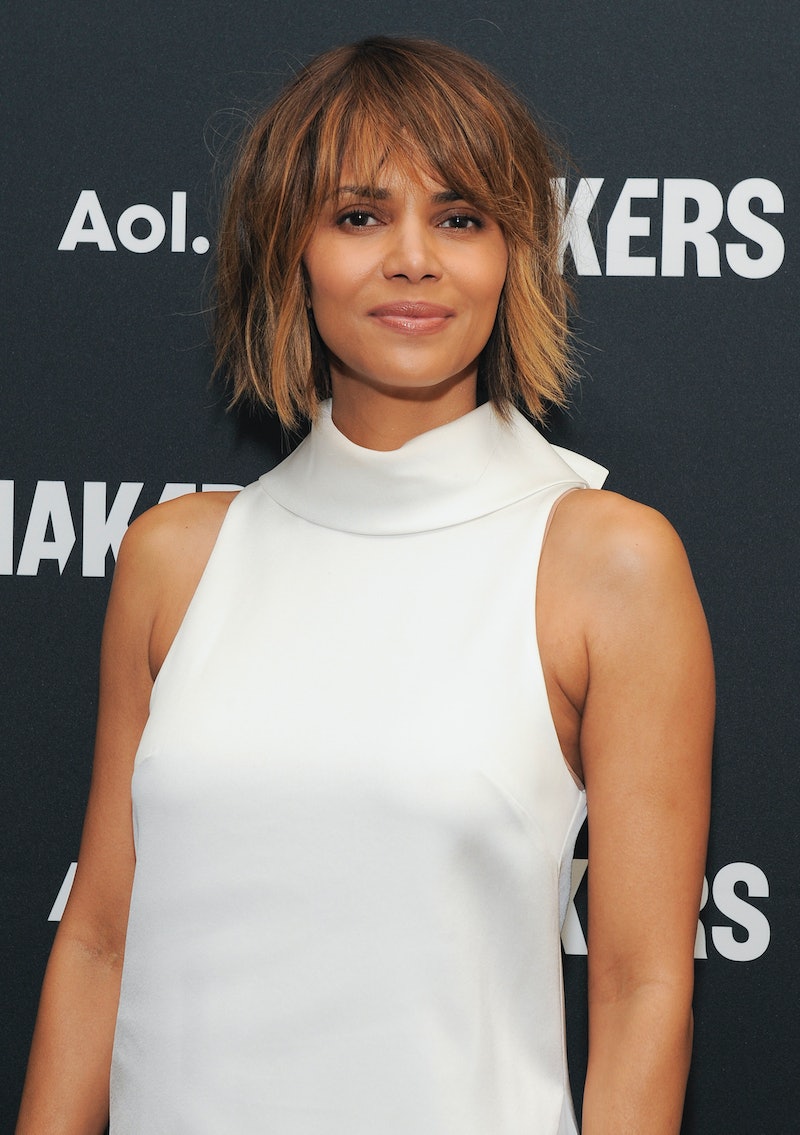 I've never really delved too far into the world of spoken word performances, but a certain Academy Award winning actor might just have made me a fan. Channeling Joey from Friends at Emma's first birthday party, Halle Berry performed a "dramatic interpretation" of "Oops!... I Did It Again," by Britney Spears for W Magazine, and it was everything. If you're a '90s kid like little old me, you know that B. Spears song in particular is one of her most hallowed hits. While the classic status of the tune can't be denied, I will at least insist that Berry's reimagining has, perhaps, brought it up-to-date.

The actor's performance of the song is stoic yet sultry, and while she stays true to the underlying Spears sassiness, her version is a lot less "pop" and a lot more adult leaning. While, you know, also being wildly entertaining to watch. It's the perfect song for Berry to cover, too, considering how deeply ingrained the lyrics are in all of our millennial brains. It's the best kind of blast from the past for those of us who memorized the song as kids but who are clearly kids no longer.

Let's not get ahead of ourselves here, though. This reiteration is by no means supposed to be taken seriously in spite of it's "dramatic" demeanor, but I can appreciate when something I loved as a child grows along with me, can't I?

Besides, "Oops!... I Did It Again" is in and of itself is silly. Remember the music video for it with the Titanic-like skit of Spears and a hot astronaut on the moon? Cause I do. And my now 25-year-old self can see that campiness for exactly what it is.

So, on behalf of all '90s kids and Brit Brit mega fans, I salute you for bringing an old fave to the forefront and giving it a good polish, Halle. This is an elevated inside joke that all millennials can and should appreciate, being that it doesn't take place on a space ship nor does it use any terrible special effects.