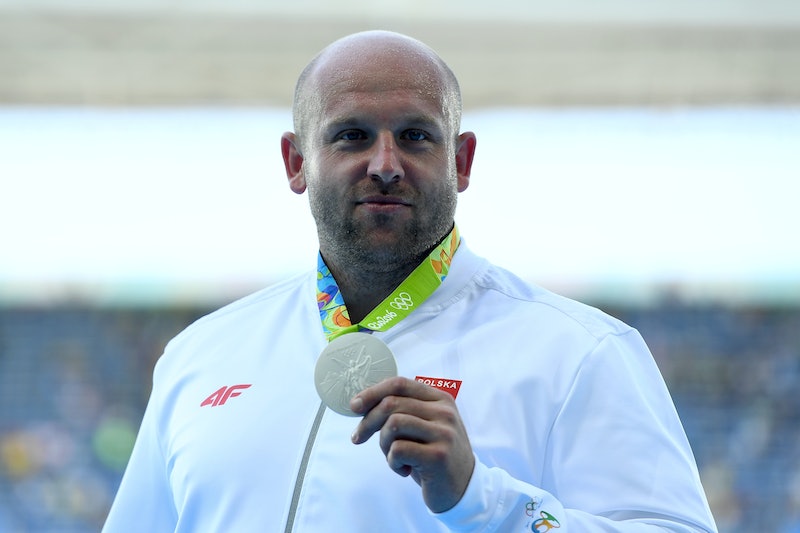 Poland's Piotr Malachowski, an Olympic athlete who won a silver medal in discus-throwing during the Summer Games in Rio, announced on Facebook that he was auctioning off his medal. But Malachowski wasn't trying to get rich quick — he was selling his medal to raise money for Olek, a 3-year-old boy with retinoblastoma. He isn't the first Olympian to try to auction off his medal, either — historically, several other Olympic athletes have auctioned off their medals for good causes.

During the 1996 Olympic Games in Atlanta, Ukraine's Wladimir Klitschko won a gold medal as a heavyweight boxer. Sixteen years later, in 2012, he auctioned off the medal for $1 million. He donated 100 percent of the funds to Klitschko Brothers Foundation, a charitable organization that he and his brother Vitali, a fellow boxer, started in 1996 to help fund children's sports camps and facilities.

"We care about education and sport, that is the key in any children's life," Klitschko told CNN in 2012. "If they have knowledge they can succeed with that in their adult life and sport gives them the rules — how to respect your opponent, how to respect the rules. It is always in life like that, you go down but you have to get up, and sport gives you this great lesson."

Malachowski and Klitschko are not alone in wanting to auction off their medals for selfless reasons. Polish swimmer Otylia Jędrzejczak won a gold medal for the 200-meter butterfly at the 2004 Olympic Games in Athens, but even before she competed, she committed to sell any medals she won and then donate the proceeds to a charity for children who have leukemia. "I don't need the medal to remember," Jędrzejczak said at the time. "I know I'm the Olympic champion. That's in my heart." She ended up donating more than $80,000 to the Polish charity thanks to that gold medal.

Before Jędrzejczak was American swimmer Anthony Ervin, who won a gold medal at the 2000 Olympic Games in Sydney for the 50-meter freestyle. After retiring from swimming in 2003, he put his medal on eBay in 2004 and got $17,101 from it, which he donated to victims of the Indian Ocean tsunami.

Parting with an Olympic medal is not something these athletes did lightly, and donating to charity is not the only reason people auction off their medals. American hockey player Mark Wells was forced to sell his medal in order to pay for multiple surgeries. His "Miracle on Ice" teammate at the 1980 Winter Olympics, Mark Pavelich, parted with his own medal in order to help his family. In any case, depending on who wins them, Olympic medals can accumulate a lot of monetary value over the years, and it is admirable that these athletes chose to auction off their medals for good causes.