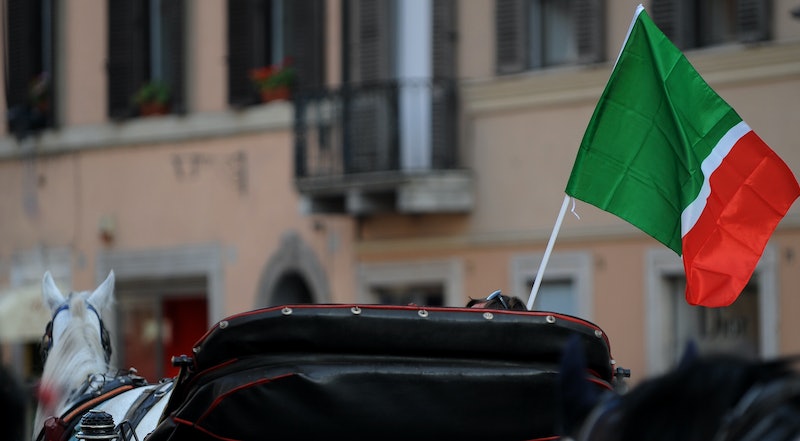 A 6.2 magnitude earthquake in Italy has left at least six people dead, BBC News reported. Early Wednesday morning local time, an earthquake struck Accumoli, Amatrice, and other parts of central Italy, and was felt in Rome. Some buildings in the city were shaking for up to 20 seconds according to one Italian newspaper. Amatrice's town's mayor, Sergio Perozzi, told RAI radio that "there are people under the rubble. There's been a landslide and a bridge might collapse." Italy's residents need global support right now, and you can share these "Pray For Italy" tweets and memes to show your solidarity. Update: The death toll has continued to rise throughout Wednesday and is expected to continue doing so. You can research ways you can help here.

Earlier: Social media is not the best or the only option to help Italy right now, of course, but it is one small way to show that you're paying attention and that you care. If you have the resources, however, there are also other ways in which you can show your support. For example, you can donate to the Italian Red Cross, or get in touched with your loved ones in the area to make sure they're safe. Not everyone has the financial ability to donate, however, and sharing on social media is a way to raise awareness so that you even if you can't contribute to the Red Cross, perhaps other people who see what you post can. With that in mind, here are some tweets and memes you can share to show support on social media.

One particularly common meme that's being circulated is this "Keep Calm and Carry On" variation on an image of the Italian flag. But other people are finding ways to share their love and support, too.

Still others took to Twitter to keep their loved ones in their thoughts. With people reportedly trapped under the rubble in some places where the earthquake struck, Twitter users are praying for their safety.

Again, posting on social media is not the only way to show support right now, but as Twitter users from all of the world are demonstrating, it is definitely a worthwhile place to start.