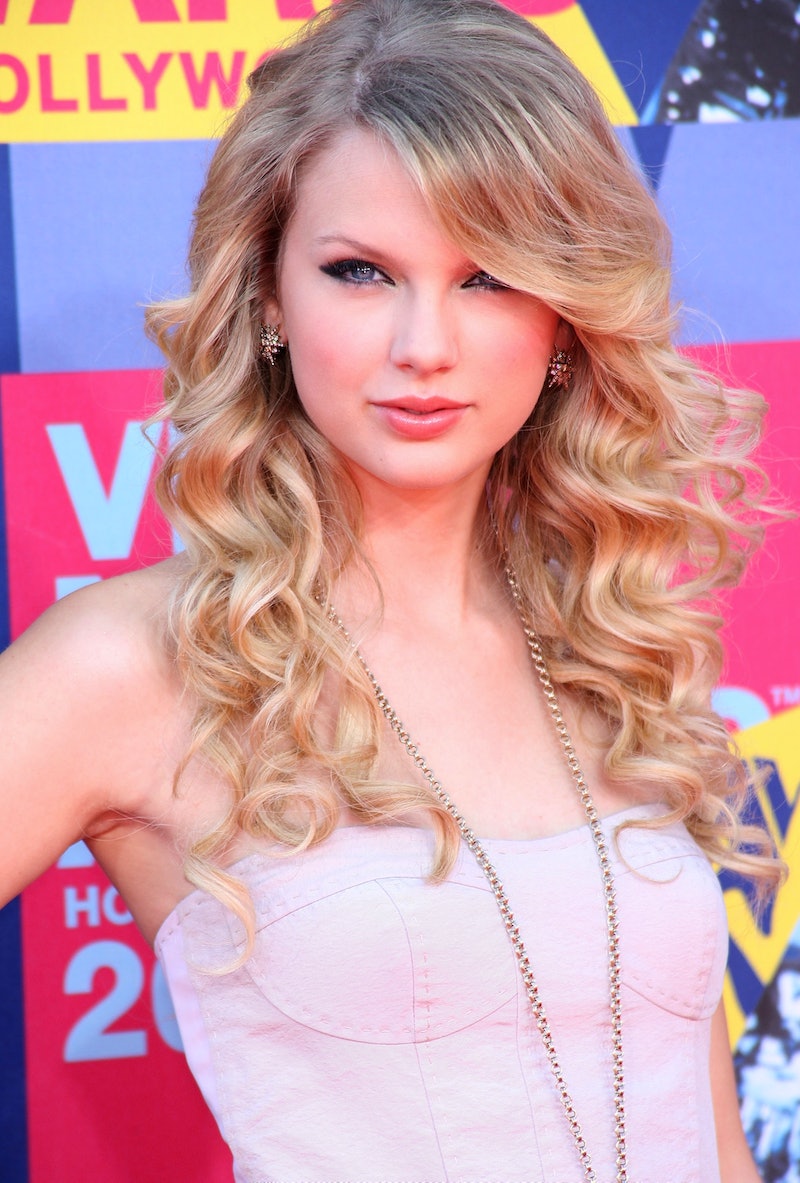 Taylor Swift is arguably one of the most polarizing figures in recent pop culture, which is probably why, IMO, she often plays it safe with her style. Even before the drama, T. Swizz still kept her outfits classic and conventional, as proven by Taylor Swift's first VMA dress. What you may not know, however, is that Lady Swift actually had two VMA looks for her first appearance in 2008. And one of them was shockingly sequin-free, considering the star's contemporary penchant for glittery everything.

In 2008, Swift hosted the VMA pre-show special in an act as anchor-person that we haven't seen again since. The first look she rocked was one that I could easily imagine the singer sporting right now: A short, gold, sequin, skater dress. It wasn't too out-there, but featured just the right amount of sparkle for the Red singer to stand out.

What Swift wore on her very first VMA red carpet, however, was obviously going to be an outfit choice that would be remembered for the rest of her career. Perhaps for that reason, she decided to keep things kind of simple. Instead of taking her party look to the red carpet, the singer opted for something a little more prom-appropriate and a lot less shimmery.

The dusky pink, strapless, and pleated dress was and remains classically pretty, which means that it stands the test of time and helps corroborate Swift's innocent and sweet girl next door persona.

Paired with silver accessories and her then-iconic curly hair, Swift's first VMA red carpet look is neither something to slander nor write home about. But hey! It feels pretty different compared to her all-over sequin looks circa 2016.

Personally, I prefer the fun and glittery gold dress from her pre-show outfit. The look was different, stood out, and definitely ties in with the Swift people know and love now.

While her red carpet dress was all kinds of sweet, I just can't help but feel that it falls on the boring side of the VMA looks we've seen over the years. I'll be holding out hope that she brings on the shine again for the Aug. 28 show this year.