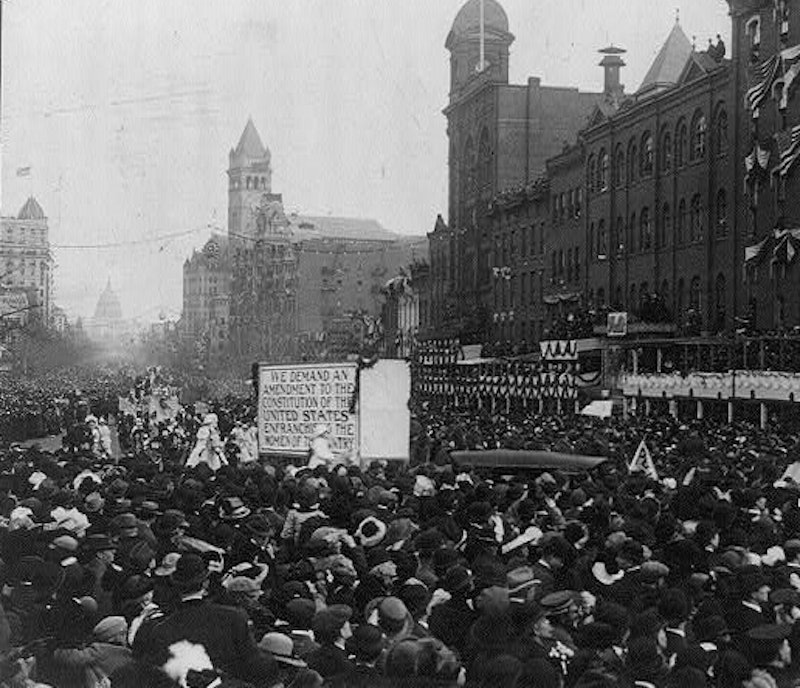 This year marks the 96th anniversary of the day women gained the right to vote across the United States, and if you're looking for ways to honor the 19th Amendment, you've come to the right place. Like most things bureaucratic, the passage of the amendment moved at a pace akin to that of a glacier before global warming: Even discounting the decades of campaigning that led to its creation, the amendment took years to be put into practice — which is all the more reason to celebrate it.

After a failed attempt to pass the amendment in 1878, Congresswoman Jeanette Rankin reintroduced the issue on Jan. 20, 1918. Although it passed in the House of Representatives, an amendment extending the right of suffrage to women failed by the margin of a few votes to garner the two-thirds majority it needed to pass in the Senate. However, growing political support led to the passage of the Susan Anthony Amendment in June of 1919, and the lengthy ratification process began. On Aug. 18, 1920, the required number of state legislatures ratified the amendment, and it finally went into effect on Aug. 26, giving all American women the right to vote — at least temporarily. Within a decade, many Southern states passed laws designed to disenfranchise women of color, and it wasn't until the 1960s that their voting rights were extended once more.

Despite the many flaws found in the first wave of feminism (and I do mean many), the 19th Amendment still represented an enormous step forward for gender equality, and that's something to be celebrated. Here are seven ways you can honor the women whose dedication and optimism won us the right to vote.

First and foremost, this week is a time to celebrate women's equality; the United States isn't even close to perfect, but at least women are equal under the eyes of the law. This calls for a party — break out the historically-themed cocktails, cupcakes, or whatever themed concoction floats your feminist boat. If you really want to get into the spirit, make it a party that only registered voters can attend. (May I suggest including a slideshow of Ida B. Wells quotes?)

2. Get To Know Your History

Unfortunately, history classes aren't known for presenting a well-rounded picture. If you want to celebrate the women (and men) who made the 19th Amendment possible, be sure to read up on what they actually did; for one thing, the movement included far more diversity than the white, middle-class women most textbooks discuss. For another, you'd be surprised by the amount of trouble our feminist forebears got up to.

If you can take the time to visit a museum, check out local exhibits to see if there are any regarding women's history. Better yet, if you're in the area, check out the Women's Rights National Historic Park in Seneca Falls, New York, where the first Women's Rights Convention was held.

4. Talk To The Older Generation

It's a small gesture, but it can have a huge impact. Virtually all the women who remember the passage of the 19th Amendment have passed away by now, but talking to the elderly often puts things into perspective. Although the older generation today may not remember a time before women could vote, they were adults during the Civil Rights Movement in the '60s, the passage of Roe v. Wade, and other historic moments in gender equality, and their memories are invaluable.

It's pretty much the bare minimum: If you want to honor the suffrage movement, make sure you're registered to vote. If you're not sure, CanIVote.org is a good place to start.

Once you're registered, the next step is helping other people do so. Unless you're looking to start a comment war, Facebook statuses railing against voter turnout don't accomplish much. Instead, consider getting involved in an organization that helps people with voter registration, like Rock the Vote or Particip8. You can check out the American Association of University Women's guidelines for organizing a voter registration drive here.

It should go without saying, but considering the low voter turnout in many major elections in the United States, it's worth repeating: Get out there and vote. Even if you don't care how the election turns out — although you absolutely should — do it for the simple fact that you can. Not everyone is so lucky.