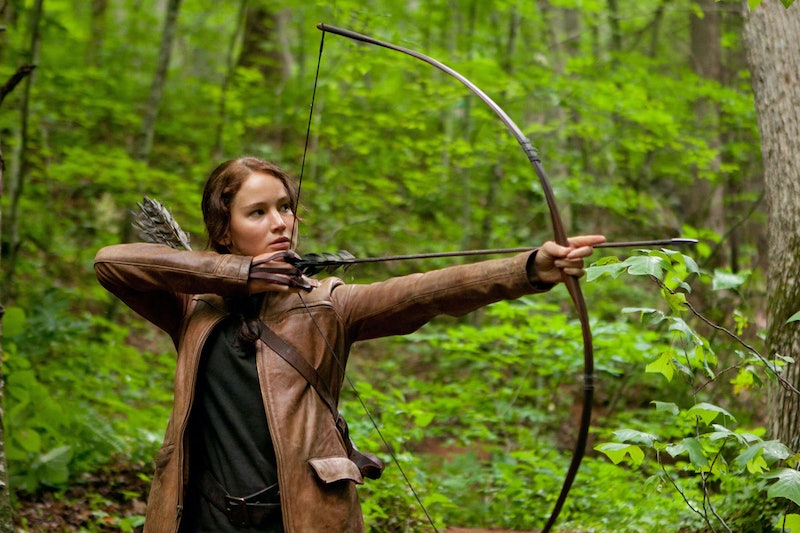 I simply can’t stand the phrase “strong female character." Just hate it. To me, it implies a woman’s default is weak so her apparent strength needs to be called out. Ever hear the term “Strong Male Character” thrown about? Nope, me neither. The term has become a horrible catch-all for any female character who swears, isn’t fawning over the square-jawed hero, or can handle a weapon. It’s almost as if the movie industry in particular has a list of approved attributes for female characters - feisty, sexy, strong. Make sure your female character (singular, often, especially in action movies) ticks one of those boxes and you’re good to go. Thankfully, fiction has been creating well-rounded female characters for years.

It’s almost as if the movie industry in particular has a list of approved attributes for female characters - feisty, sexy, strong. Make sure your female character (singular, often, especially in action movies) ticks one of those boxes and you’re good to go.

When I was writing The Wolf Road , I didn’t set out to specifically write three “strong female characters.” I set out to write three people, those people just happened to be women. The three of them are strong in different ways. Elka is physically able, skilled, and brave but socially naive. Penelope is intelligent, resilient, loyal but quietly manipulative. Lyon is ruthless, merciless, and yet dealing with every parent’s worst nightmare. They each excel in certain areas and fall flat in others. They are rude, abrasive, funny, sad, angry, all the things people can be and all equally well-realized. None of their attributes define them or their gender and that’s what, I hope, makes them believable characters.

Women, like men, can be “strong” in many different ways. A perfect example of this, and my subconscious template for Elka and Penelope are Ada Monroe and Ruby Thewes from Cold Mountain by Charles Frazier. They are each other’s opposites and they butt heads constantly. They both have to battle their own demons, both emotional and all-too real in the form of the town’s Home Guard. Ada isn’t physically strong but she has a determination to her, to prove people wrong, to keep her freedom, which makes her strong. Ruby is brash and uneducated, she has physical strength and practical knowledge but no real experience of fun. Both women help each other, heal each other, and grow together into a formidable force.

Another female character I have always loved for her bravery is Lucy Pevensie from The Chronicles of Narnia. She’s pretty annoying at first but her character’s arc is one to pay attention to. She is the youngest of four, the one constantly patted on the head and humored by her older siblings. But don’t underestimate Lucy. She’s the driving force of the whole first book. She believes in herself and her experiences, even when her siblings are telling her she imagined it. Her loyalty to Mr. Tumnus starts the action and sustains it, and her good nature, her willingness to forgive — Tumnus for turning her into the Queen, Edmund for betraying them all — is a trait we should all aspire to. Susan is the traditional SFC (she’s the one running into battle, not taking any lip from Peter, etc.), but Lucy has a different strength, an inner courage and unwavering self-belief that none of the males have.

One of my favorite characters who I’ve recently discovered thanks to the movie adaptation, is Carol Aird from The Price of Salt by Patricia Highsmith (filmed as Carol). Society doesn’t accept Carol’s sexuality, her husband refuses to let her go, and he threatens to take away her child if she doesn’t stay with him. That’s a pretty big motivator, but Carol is having none of it. She never apologizes for who she is, not once, and that is more inspiring than Katniss winning the Hunger Games or Eowyn cutting down the Witch King. It’s real. It’s life. It could be your life or mine.

She never apologizes for who she is, not once, and that is more inspiring than Katniss winning the Hunger Games or Eowyn cutting down the Witch King. It’s real. It’s life. It could be your life or mine.

Another inspiring female character is Dolores Claiborne from Stephen King’s eponymous novel. Dolores is a straight-talking island woman with a strong back and rough hands from years of hard work. The novel is told from Dolores’ point of view in one long statement to the police. The movie is good — Kathy Bates is a wonder — but read the book. Seriously. Dolores displays no fear of the police, despite being arrested for murder, but it’s her no-nonsense attitude that’s so memorable. Her husband is abusive but she fights back and he quickly realizes she is more powerful than he is, and she’s smarter, she’s willing to go further than him for herself and her daughter. She’s fiercely protective, even if it means losing the friendship and love of her daughter to keep her safe. It’s heartbreaking, really, how King shows the relationship between mother and daughter deteriorate, all because Dolores is trying to protect her child. To forgo the love of your child for their safety is about as strong as you can get.

She’s fiercely protective, even if it means losing the friendship and love of her daughter to keep her safe.

There are dozens more female characters I could talk about. Clarice Starling from Thomas Harris’ books; unwavering in her duty, resilient in the face of institutional sexism and harassment, respectful in her treatment of a psychopathic serial killer. Lisbeth Salander from Stieg Larsson’s Millennium Trilogy; unafraid to follow her own ethics, an avenging angel when she or people she cares for are wronged, highly intelligent, highly flawed and broken. Elphaba from Wicked by Gregory Maguire; confident despite years of bullying and abuse, discovers her power and place in the world, is finally accepted, but is willing to give it all up to fight for the rights of those who can’t.

All of these women, these female characters, are “strong” in their own ways but using that one word to describe them is doing them all a disservice. That’s why I hate the term “strong female character” because a well-written character is so much more than that. They’re contradictory, flawed, unpleasant, powerful, gentle, violent, intelligent, able, vain, courageous, artistic, brilliant, compassionate, loving, dynamic, loyal and a hundred more. Suddenly the word “strong” doesn’t seem nearly enough to describe these women.

More like this
The 20 Best Audiobooks To Fall Asleep To
By Aoife Hanna and K.W. Colyard
Sandra Bullock, Girlboss Extraordinaire
By Matt Harkins & Viviana Olen
Conversations With Friends' Endometriosis Scenes Are As Brutal As It Gets
By Ivana Rihter
The 43 Best Mystery Books To Read Now
By Morgan Leigh Davies
Get Even More From Bustle — Sign Up For The Newsletter