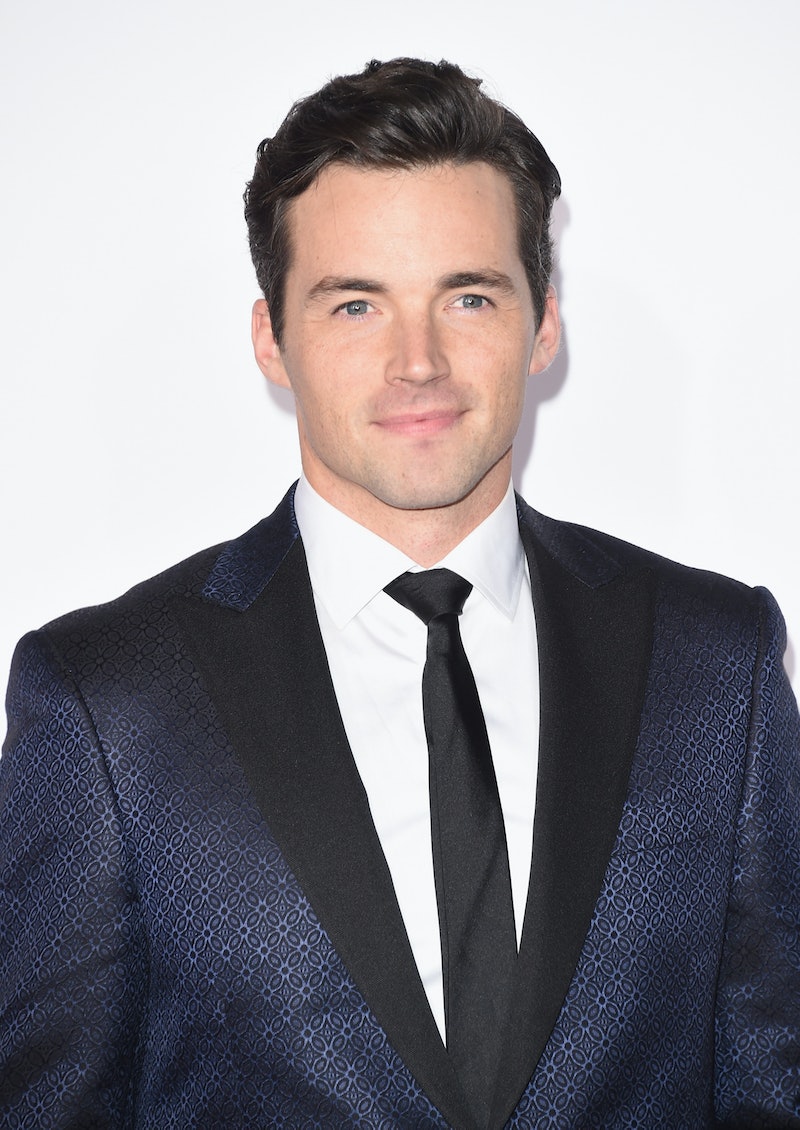 Ezra Fitz is an author on Pretty Little Liars, and guess what? So is the actor who brings him to life. On Wednesday, Entertainment Weekly revealed that Ian Harding wrote a book of essays titled Odd Birds and the collection will be released sometime in May 2017. According to EW, the book "will chronicle Harding's life in Hollywood — including anecdotes from PLL — through the lens of bird watching, making it a fascinating and funny journey for readers of both celebrity memoirs and nature books." Not only does it sound like something Ezra himself would read, but I can only imagine fans of Harding can't wait to get their hands on his book.

The 29-year-old actor is thrilled about becoming a published author and wrote on Instagram, "Yep. It's real. I wrote something. So proud of this. Many thanks to @entertainmentweekly for running a fantastic article. Links in bio. Much love and many thanks."

This just goes to show you that Harding is so much more than Ezra. When you watch someone play a part on television for seven seasons, it's hard not to identify them with their character. In reality, they may be nothing like that person in real life. Whether or not Harding and Ezra have a lot in common or not (yes, they're both writers), fans will be able to get an inside view of the PLL star once his book hits shelves.

He isn't the first star from PLL to publish a book. Both Keegan Allen and Shay Mitchell are also authors. In 2015, Allen released life.love.beauty., which takes readers through a "photographic voyage" of the actor's life. As for Mitchell, she published a fictional book titled Bliss with her friend Michaela Blaney in 2015. It tells the story of three friends living life in their early 20s.

Who knows if they gave their co-star and friend any advice on writing a book, but Allen couldn't be more proud of Harding. He took to Twitter to express his congratulations and wrote, "SO PROUD OF YOU IAN!"

If you can't wait until May 2017 to read Odd Birds in its entirety, head on over to Entertainment Weekly to read an excerpt from it immediately.

More like this
10 Must-Read New Books Out This Week
By K.W. Colyard
The 20 Best Audiobooks To Fall Asleep To
By Aoife Hanna and K.W. Colyard
Selma Blair Wrote Through The Pain
By Samantha Leach
Watch The Emotional Trailer For Dolly Alderton’s 'Everything I Know About Love'
By Bustle UK
Get Even More From Bustle — Sign Up For The Newsletter