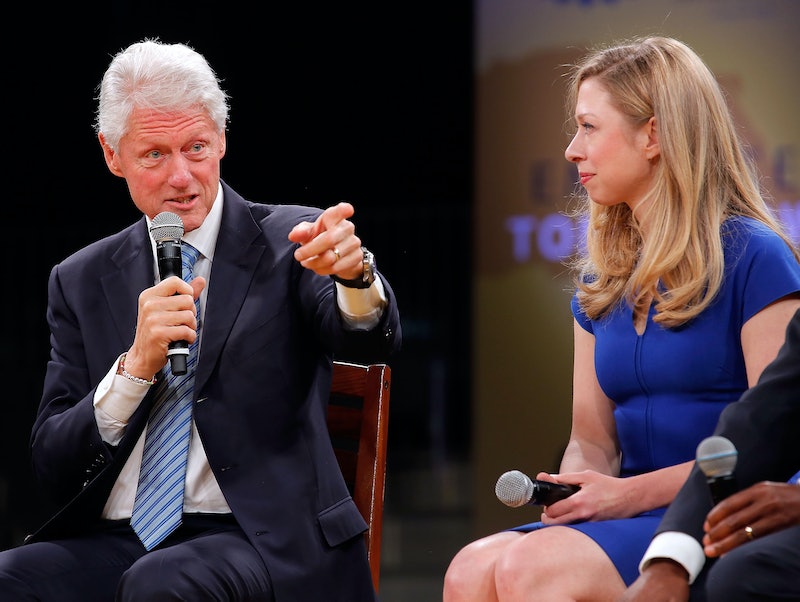 What do Donald Trump and the editorial staff of The Boston Globe have in common? Very little, I'd imagine. But in the last week, both have called for a reduction or total shutdown of the Clinton Foundation. Amid accusations that Clinton Foundation donors received special favors during Hillary Clinton's tenure as secretary of state, The Boston Globe called it a "distraction" to her presidential campaign. The publication argued that the Foundation needed to stop accepting funds immediately, though it also suggests that its assets could be transferred to another charity to continue its work.

On Monday, Donald Trump released a statement which omits any reference to the charitable work done by the Foundation, or even to the simple fact that it is a charity, saying simply: "it must be shut down immediately." Trump's statement also neglects to mention that he himself has reportedly donated over $100,000 to the Foundation.

However, neither statement seems to fully grasp the logistical nightmare that shutting down such a large charity could entail, even if its assets were to be transferred elsewhere, as the Boston Globe suggests. Whatever the future of the reportedly $2 billion Clinton Foundation, the children and families who are currently helped by its programs should be a central focus to anyone suggesting that it be shut down.

Here's what's at stake if the Clinton Foundation were to close down.

The Clinton Foundation's Clinton Health Access Initiative has partnered with the United Nations and other international organizations to lower the cost of AIDS treatment throughout the drug production process. The program has resulted in more affordable medication for approximately 11.7 million people throughout the world.

The Clinton Foundation also partnered with the American Heart Association for the Healthy Schools Program (HSP), in order to provide lower-income American children with the skills necessary to reduce their risk of obesity. The program serves more than 28,000 schools, and provides workshops to educate children about the need to make healthy choices. The CDC conducted a scientific study to determine whether the program was making a significant difference, and it concluded that the HSP was an "important means of supporting schools in reducing obesity."

Education Access for Women and Girls in Africa and Asia

No Ceilings is a Foundation initiative reportedly spearheaded by Chelsea Clinton, which has the intention of improving access to schools through multi-sector collaboration. According to Inside Philanthropy, the initiative has committed $600 million dollars to reach 14 million girls in Southeast Asia and Sub-Saharan Africa. Inside Philanthropy also notes that the Foundation "play[s] a very unusual and valuable role" in the development and management of these initiatives.

According to The New York Times, the Clinton Foundation has worked with locals to help improve infrastructure by teaching farmers to double their yields, training nurses and specialists in hospitals, and developing plants where Rwandans can process domestic cooking oils. The article explained that the Foundation's work empowers Rwandans with the skills and modern techniques necessary to take ownership of local development, calling the work "vital [and] often pathbreaking."

It may make sense for the Clinton campaign to shut or scale down the Foundation, as it continues to be fodder for criticism on the right — and even, occasionally, on the left as well. But to dismiss the Clinton Foundation entirely essentially ignores the millions of people whose lives are better off for its existence, and whose lives will worsen if its closure is not managed carefully.