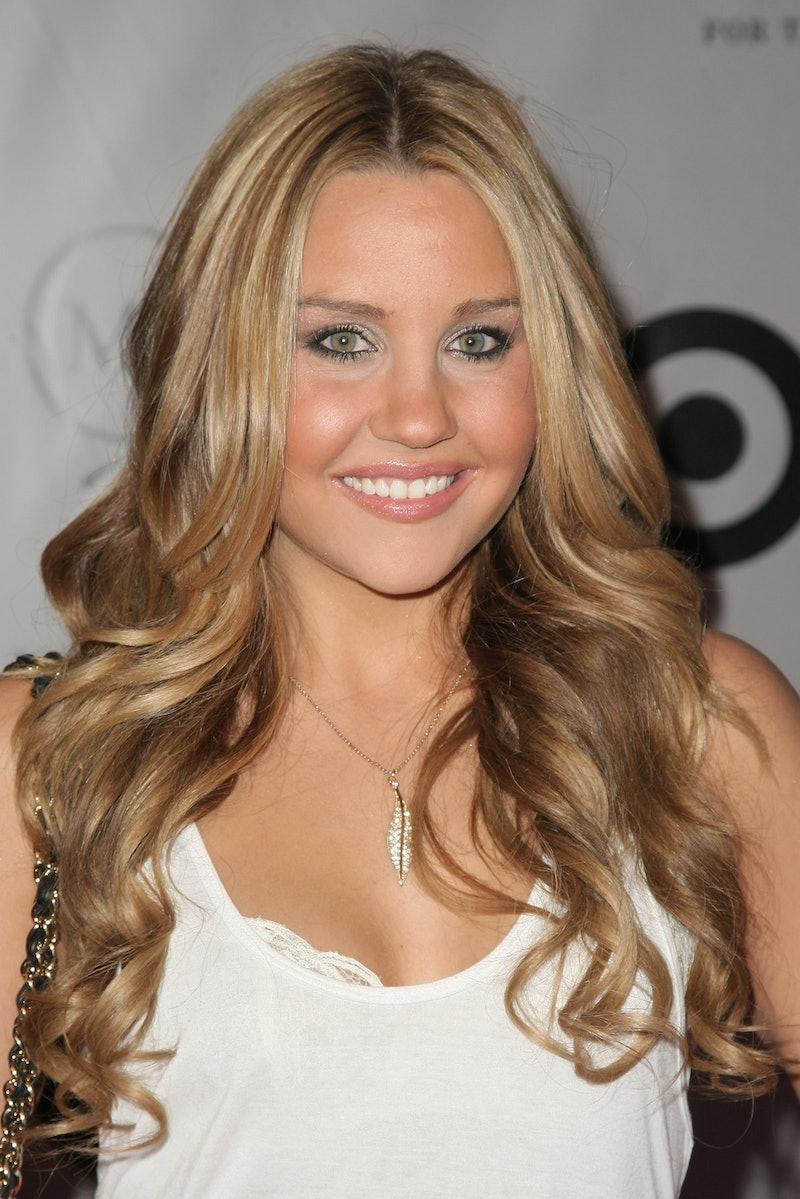 If you've been wondering what Amanda Bynes has been up to over the past few months, you're in luck. Amanda Bynes started tweeting again on Wednesday and gave an update on her life in the process. She started off her Twitter conversation by sharing, "Hi everybody! I haven't tweeted in a long time and I want to say hi! I've been really busy at FIDM, and I just finished my midterms." Based on her slew of tweets, it sure looks like she is living a positive and successful life. For those unaware, in October 2015, it was announced that the former Nickelodeon was going back to fashion school at the Fashion Institution of Design and Merchandising in California.

She first enrolled in late 2013, but stopped going shortly before being placed on psychiatric hold for 72 hours in October 2014. Her time at the treatment center was extended for two weeks, but she was then released later that same month. When her return to FIDM was announced in October 2015, her parents' lawyer, Tamar Arminak, released a statement to Us Weekly reading, "We are all so proud of her, and can't wait to see her amazing designs on the runway someday."

Well, it seems like she is moving in the right direction when it comes to her fashion career. "I am really loving school and I feel that I am learning a lot," Bynes tweeted Wednesday. "I enjoy all of my classes and my teachers are excellent." She added, "I'm really appreciative of all that FIDM is giving me. I've been in school learning about the fashion business so I don't have time to tweet."

In addition to giving an update on her life and how her fashion career is going, the She's the Man star also wanted to let her followers know that her Twitter is the only social media account she uses. "FYI, this Twitter account is the only communication media that I am using," Bynes tweeted. "No other Twitter accounts or websites are mine! I only have this one. I don't know why some people use my photos or try to pose as me, but they do. Please don't be confused or believe any of them. This is me! The verified, real, authentic and actual Amanda Bynes. Accept no substitutes!"

She then voiced how frustrating it is that Twitter won't get rid of the fake accounts. So, if you want to keep up to date on her whereabouts, this is the Twitter account to check.

After all of the ups and downs Bynes has faced, it really is great to hear she's doing well and staying on track at FIDM. Here's hoping her next update is just as positive as this one.