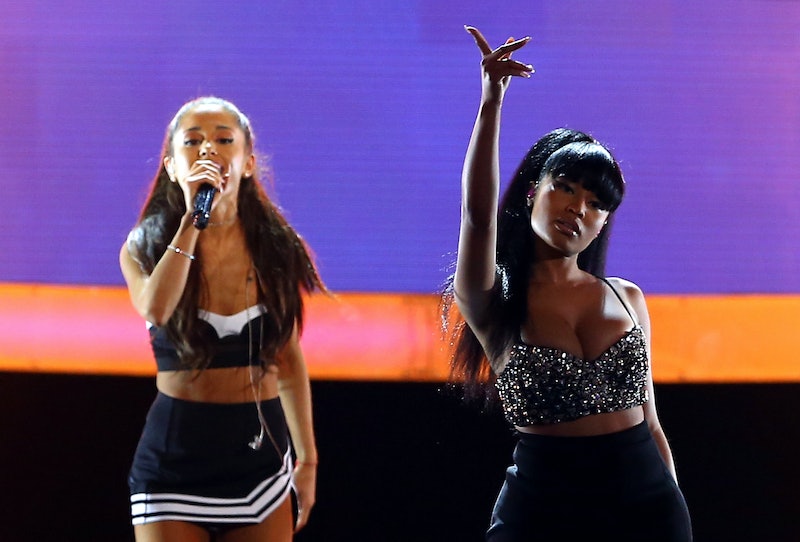 It's about time we were privy to more of the MTV VMAs performance line-up! On Wednesday evening it was finally revealed exactly who will be getting down on the MTV stage on Sunday night. Ariana Grande will team up with none other than Nicki Minaj to perform "Side to Side." It's an unbeatable duo, and the two are bound to deliver a memorable performance during the award show.

Not only that, but Keegan-Michael Key and Jordan Peele — from the hit Comedy Central show Key & Peele, of course — will be introducing audiences to two "social media influencers" who will be commentating during the show opposite comedians Jay Pharoah and Nicole Byer, and DJ Khaled. We still don't know who the show's main host will be, but these acts and comedians alone are enough reason to tune in.

The award show will broadcast live from Madison Square Garden in New York at 9 pm ET/PT.