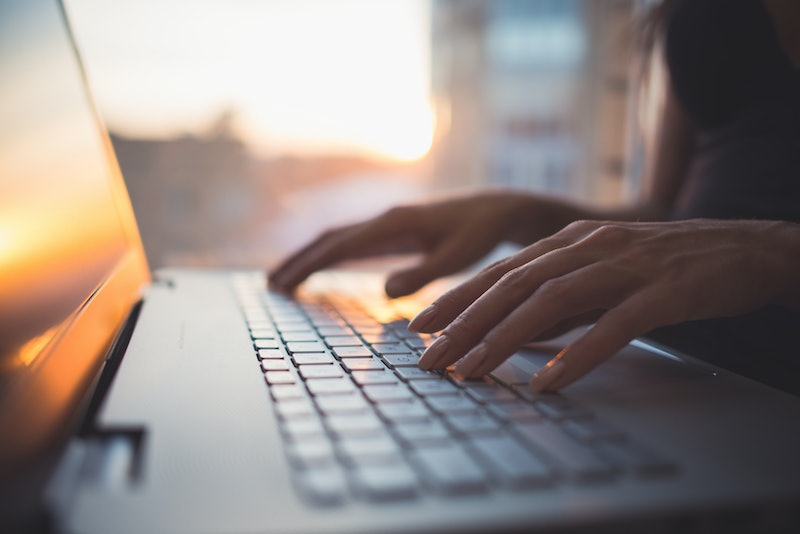 And rather than assume that each and every survivor would like to please watch gauzy-lit softcore love-makings (no judgment, Skinemax lovers), The Clit List does its best to represent a spectrum of both vanilla and kink offerings. Each piece the team recommends has a description that breaks down a comprehensive list of what you'll see when you click through: who the piece depicts, what sex acts, which positions, and thorough content warnings for any potential triggers.

For her part, My Body Back Project founder Pavan Amara is committed to enriching The Clit List with the help of its community members."We would love for The Clit List to be more diverse, in every way, representing the many different identities that there are in the world," she tells Bustle. "Practicalities like time constraints, and the fact that we only started this a few months ago, mean that there's still plenty of room for improvement. Those things also mean we haven't been able to cover everything we want to yet. We're really open to hearing what people out there want, and if there are any tips or suggestions we want to hear these."

Ultimately, The Clit List is still in its very fledgling stage (I'm still dying to find out what or who the Clit Tip of the Week will be), and even the team behind it acknowledge that there is room for improvement. "What you're seeing at the moment is a really basic version of what we want The Clit List to be in a few years time," Amara says. But they remain confident that they are doing good work, and hopeful that it will only get better.