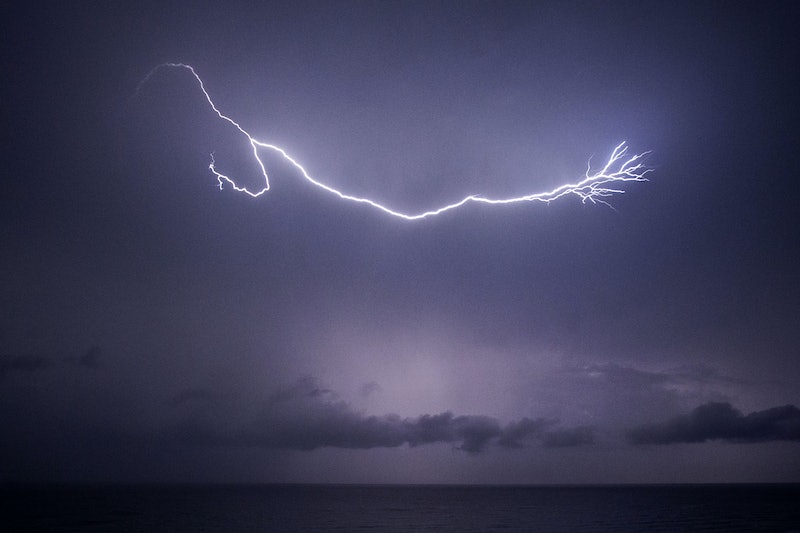 A storm is brewing in the Atlantic, and it has the potential to hit the Bahamas and Florida as early as Friday, Aug. 26. With winds reaching up to 75 mph, Tropical Storm Gaston is quickly approaching hurricane status. But people are more concerned with its name, making hilarious tropical storm Gaston memes while they wait for the storm to hit landfall.

To the average person, the idea of a hurricane (or any other natural disaster, for that matter) is justifiably terrifying. But I grew up in Florida, one of the few places in the United States where hurricanes are just another part of life. It’s the beginning of hurricane season, and Gaston is one of the many storms that will occur in the coming months. If people who lived in hurricane-prone areas freaked out about every little storm and tropical depression in their path, no one would get anything done between the months of August and October. Humor (and hurricane parties — more on that later) is the best cure for everything, after all — especially for things that are out of our control.

After all, it’s practically impossible to hear the name Gaston without thinking of the villain of Beauty and the Beast — a prototypical dumb jock.

But just like its cartoon inspiration, the real-life Gaston is as dangerous as it is threatening. Remember: Even though it was fun to make jokes at his expense, Gaston was the real villain of Beauty and the Beast (Stockholm syndrome came in a close second). He was violent, forceful, and arrogant — he expected the world to revolve around him. Sound familiar?

Honestly, hurricanes are scary. And due to our irreparably damaged climate, we can only expect them to get stronger and occur more frequently. There's only so much you can do to prepare for a hurricane. It's coming, whether or not you want it to. So we cope. We throw hurricane parties, we invite our friends over for drinks and wait for the storm to pass, and sometimes, we make memes.