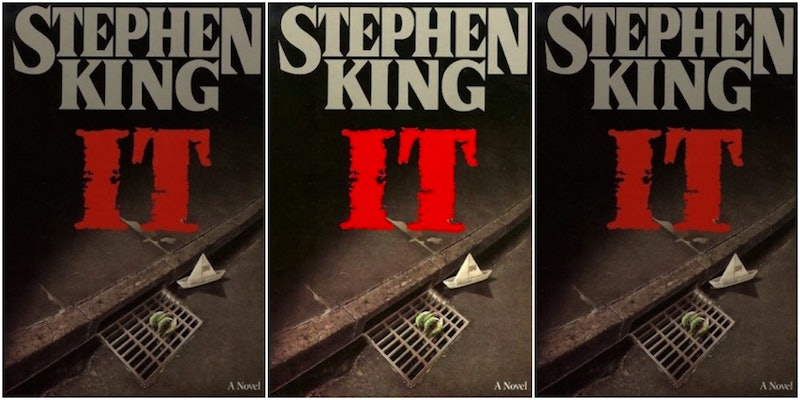 It's been three whole decades since Back to the Future and we still don't have time machines — but this nostalgic tour of the bestselling books of 1986 will make you feel like we do. The website Aerogramme Writers Studio have been bookish time-travelers for three years now: once a year, they take a look back to the most popular books of 30 years ago. These books are as old as The Oprah Winfrey Show, Pixar, Ferris Bueller's Day Off, and Mary Kate and Ashley Olsen.

You may not remember reading them the first time around — in fact, you may not even have been alive when these books burst onto the scene — but three decades later, these books have all had quite an effect on the literary (and film) landscape of today. Some of the titles you might recognize as popular movies; some of the authors' names have become more famous than the books themselves; and, to be honest, some of them have never been heard from again.

So hop into this literary time machine, and explore the ten most popular books that graced bookshelves across the U.S.A. in the same year Lindsay Lohan was born.

John le Carré's best-known novel might be The Spy Who Came in from the Cold, but A Perfect Spy is the novel that's closest to the story of le Carré's own life.

9. The Prince of Tides by Pat Conroy

This novel by Pat Conroy, who just died this year, was made into a film in 1991 — and was directed by none other than Barbra Streisand.

8. Last of the Breed by Louis L'Amour

OK, I have to confess I had never heard of this novel before. But I may now have to grab a copy — as it sounds pretty great. It's about a Native American U.S. Air Force pilot who escapes from a Soviet prison camp, and must call upon the ancient skills of his ancestors in order to survive the harsh journey back home.

This novel is so '80s. It's about a woman called Maxi who works for a magazine and lives a glamorous lifestyle — in Trump Tower.

Of course I'd heard of this one: Danielle Steel is the bestselling American author of all time. Living or dead, no American has sold more novels than Steel. Between 1983 and 2000, Steel had at least one book on the year's top 10 list every year; that's an amazingly impressive feat.

4. The Bourne Supremacy by Robert Ludlum

Can you believe it's been 30 whole years and this franchise is still in cinemas? The novel received mixed reviews, but it obviously didn't have a negative effect on sales: this story has captured the hearts and imaginations of the public for three decades.

James Clavell's most successful work has got to be the 1963 movie The Great Escape that he co-wrote — but Asian Saga series of novels (of which Whirlwind is the fifth) is a close second.

Tom Clancy is the creator of the Jack Ryan series, but Red Storm Rising is one of his few novels not to center around that character. This novel's title may be more familiar today as the game development company Red Storm Entertainment, which Clancy co-founded in 1997.

1. IT by Stephen King

Thirty years later, this novel is just as terrifying as it was in 1986. It's the story of seven children being terrorized by a creepy clown creature that exploits the fears of its victims to form its disguise. It's no wonder people are still so scared of clowns.

More like this
What Joyce Carol Oates Knows About Fame
By Erin Somers
Read The First Pages Of Emma Rosenblum’s Highly Anticipated Debut, 'Bad Summer People'
By Samantha Leach
10 Must-Read New Books Out This Week
By K.W. Colyard
Craig David Is Still Slicker Than Your Average
By Olivia-Anne Cleary
Get Even More From Bustle — Sign Up For The Newsletter