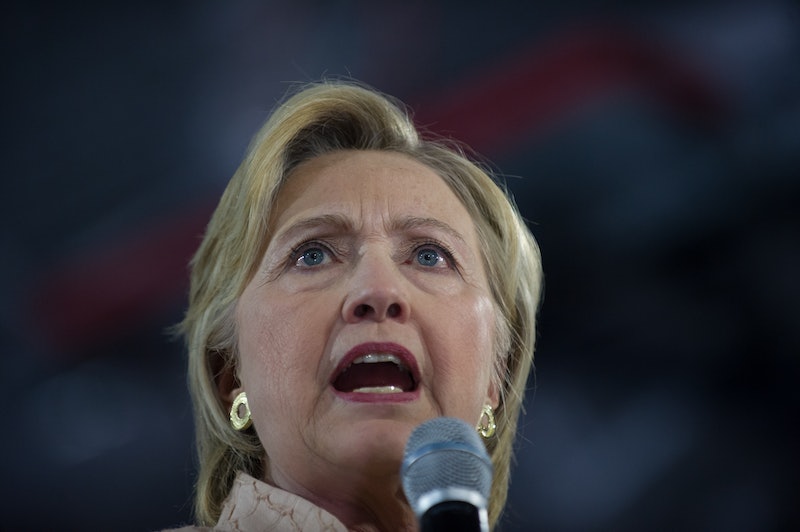 On Thursday, in an intense move against her presidential opponent, Hillary Clinton linked Donald Trump to white supremacists in a new campaign video. The video features a montage of footage of white supremacists, ranging from outright hooded KKK members to Americans toting the Confederate flag, with audio clips revealing their support for Trump. At one point near the beginning of the biting attack video, the Imperial Wizard of the Rebel Brigade Knights of the KKK is show in an interview clip, where he said, "The reason a lot of Klan members like Donald Trump is because a lot of what he believes we believe in."

The video then pans to a robocall from May, in which Trump's former California-based convention delegate William Johnson said: "My name is William Johnson. I am a white nationalist and a farmer, and I support Donald Trump."

Perhaps the most jarring moment is the clip of Trump's interview on CNN's State of the Union from February, during which he skirted the opportunity to openly denounce the support of KKK member David Duke. When Jake Tapper asked if he would disavow Duke and other white supremacists who had endorsed him, Trump said, "I don't know anything about white supremacists." Trump later backtracked, claiming to NBC's The Today Show, "I was sitting in a house in Florida with a bad earpiece."

In a typical U.S. presidential race, painting an opponent as overtly having ties to white supremacists might seem like an extreme move. However, as we already know, this isn't a typical race, and the fact that Clinton's campaign was easily able to include multiple clips of white supremacists endorsing Trump in a minute-long video speaks for itself.

The video poses a burning question: Will Trump attempt to deny the glaring evidence of his white supremacy in this video? That remains to be seen, but it is almost certain that he will not remain silent.