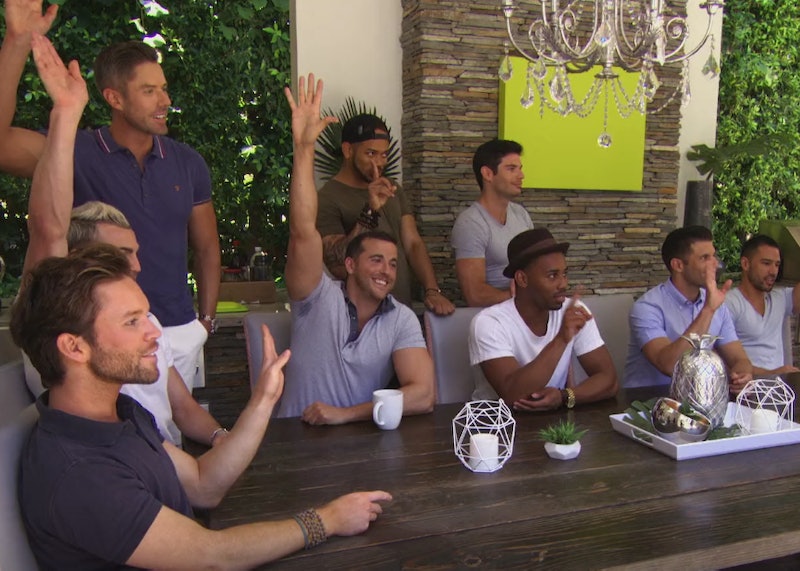 If there's one thing that television has been needing for years, then it's a gay version of The Bachelor. And, thankfully, the first trailer for Finding Prince Charming, Logo's Bachelor-style dating show has been released, and it looks like the reality show of my dreams. Presented by the ever charismatic Lance Bass (of *NSYNC), Finding Prince Charming follows 13 eligible bachelors vying for the affections of the superbly eligible Robert Sepulveda, a 33-year old former fashion model and interior designer looking to finally find the love of his life. And judging from the trailer, there's some fantastic competition in becoming his Prince Charming, including Charlie, a Midwestern manny who's been single for 26 years and Sam, a Midwesterner with his own fitness company.

The trailer for Finding Prince Charming also appears to promise that the show will be full of romance, friendship, tears and, of course, some competitive drama (it wouldn't be a reality dating show without it). But at the heart of the show is one core idea: Everyone deserves love. Whether gay or straight, hopelessly single or voraciously active, toned up or soft bodied, we all deserve to find that one special person who loves us for who we are and who makes us feel special. And Finding Prince Charming looks set to deliver that blissful concept for Sepulveda and whichever Prince he shares that love with.

As a fan of The Bachelor, an all-gay dating show has felt like something that television has been needing for way too long. And, as one of the voice-overs states during the trailer, this isn’t just a quest for love, it’s also something “far bigger.” Finding Prince Charming will provide visibility to the gay community in a way that is still such a rarity on TV. While Logo itself should be celebrated for being the first of it’s kind — a network concentrating solely on gay content — it’s important that TV as a whole finds a way to provide equality and champion diversity.

As such, Finding Prince Charming will hopefully be the first of many shows that provide such inclusivity. As another voiceover snippet in the trailer discerns, “every gay man understands what it’s like to be an underdog,” and, hopefully, that’s something that can change within society soon. But, in order to make these changes, it’s important that diverse expressions of sexuality are made visible and given a platform within pop culture. By doing so, TV and films can help boost understanding and promote equality within a deeply accessible format.

The Finding Prince Charming bachelor may only be looking for true love, but I’ve got a feeling that the show will do far more than just help him to find Mr Right. It may even break some crucial, and influential, ground in the process.