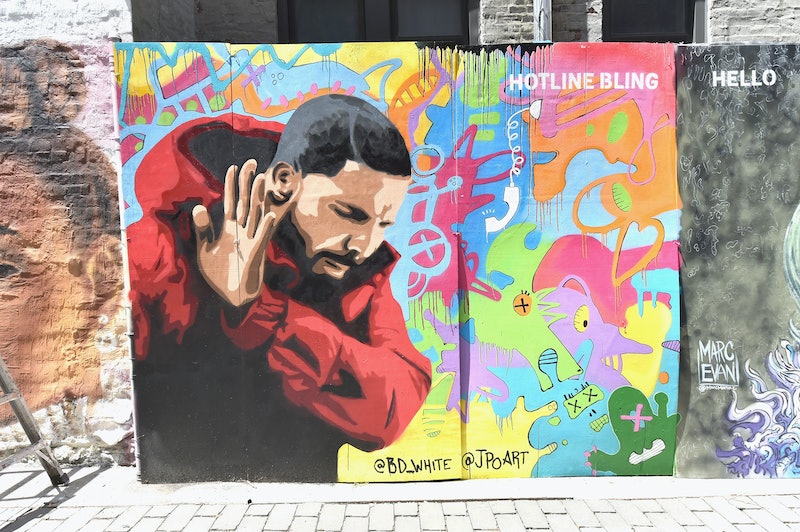 The Video Music Awards may be just in time for Back To School, but some of us are still busy on school nights. If that describes you, you'll need to know how to live stream the 2016 MTV VMAs on Sunday night instead of on TV. You don't necessarily have to own a television to celebrate your love of music videos. Between Britney Spears' performance to Ariana Grande and Nicki Minaj's duet to some truly vicious competition in several categories, you won't want to miss this year's show.

What can beat Beyonce's "Lemonade" this year, even with "Hello" and "Hotline Bling" dominating several categories as well? There are almost too many powerhouses to choose from, music video-wise. What was the song of the summer — I honestly couldn't tell you. Typically the VMAs are most memorable because of fashion and drama, but this was a big year in music and videos. The actual awards should be just as exciting.

So, how can you stream the VMAs to fit your fast-paced, or potentially television-less schedule? There are are a few ways to catch the show online, even if you have to wait a little bit, so no worries. There will be no wins and no drama un-gawked at this year. Here are your options.

This is MTV’s official livestream, which takes you backstage but doesn’t let you see the full show the way people watching on TV do. You may not have the best seat, but you'll be privy to all the drama as well as some bonus content and performances.

Cable Apps That Have Your Back

Time Warner Cable, Comcast, and other cable providers have apps and websites that let you stream television live and not miss a single VMA moment — as long as you have your cable login information in order.

Never fear if you're a night owl, because MTV is re-airing the VMAs all week.

On Monday, MTV's streaming website will have it up in full. You can also check your cable's OnDemand menu.

If you're out and about, or the other methods aren't your style, keep your eyes peeled on Twitter, Giphy, Youtube, Instagram and Snapchat for all the latest updates. The VMAs can be streamed in a variety of ways; there's truly something for everyone.

More like this
Kourtney & Travis Crashed His Daughter’s TikTok Live In Their 2nd Wedding Outfits
By Grace Wehniainen
Twitter Is Upset About The 'American Idol' Top 3 Results: "Who TF Is Voting?"
By Jake Viswanath
How 2 'American Idol' Singers Performed With COVID-19 & Made It Into The Top 5
By Jake Viswanath
Becca Tilley Confirmed Her & Hayley Kiyoko’s 4-Year Romance With A Heartfelt Note
By Brad Witter
Get Even More From Bustle — Sign Up For The Newsletter