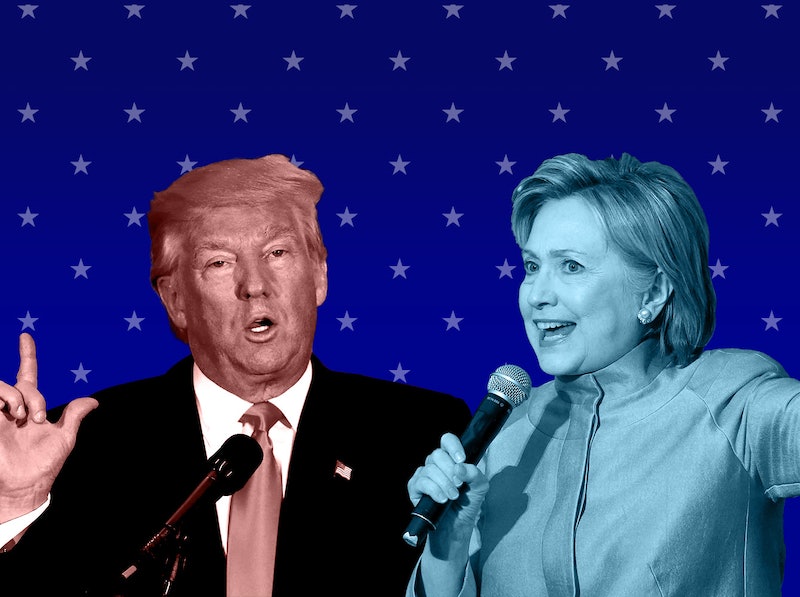 In the past week or so, Donald Trump has supposedly turned over a new leaf, and is trying to broaden his appeal beyond his base of anti-immigration white Americans and asking for votes from minorities. Just outside Milwaukee, Trump made a speech blaming Democrats for policies that led to the recent protests against police following the shooting of an armed African American man. And in Dimondale, Michigan, Trump made this memorable pitch to African American voters:

Trump's pitch isn't exactly welcoming toward African American voters. It's pretty much negging, and relies on a misleading and bogus statistic about black youth unemployment which includes high-schoolers and college students who aren't part of the labor force. Also, Trump's apparent inability to meet African Americans where they actually live is increasingly glaring. Trump made his pitch to black voters not in black communities like Lansing or Milwaukee, but in the heavily white suburbs just outside of them. As The Wall Street Journal reported, "Supporters of the New York businessman say they have asked him to speak at black colleges, in black churches and to the National Association for the Advancement of Colored People — the nation’s largest black advocacy organization — but he has declined."

However, it may be, as many political analysts have suggested, that Trump's goal is not actually to convince minority voters to vote for him — he's polling in fourth place among African American voters. Rather, what the campaign is doing is trying to is convince white swing voters — such as suburban women — who might usually vote Republican that Trump is not a racist, and therefore "safe" to support in the election.

Hillary Clinton is firing back. She gave a speech in Reno, Nevada linking Trump to the "alt-right," the meme-heavy modern version of white nationalism known for its abusive supporters and conspiracy-minded thinking. And her campaign released this ad Thursday, highlighting Trump's support from among avowed racists:

But Clinton's speech isn't so different either in its appeal to minorities. Reno is just 2.9 percent African American, according to the 2010 census. Clinton was introduced by the city's mayor, Hillary Schieve, a white woman. Just like Trump, Clinton is discussing Trump's racism not to convince minorities it's true, but to counter Trump's attempt to tell white moderates that he's okay.

Clinton, unlike Trump, has spent much of the past year and change actually reaching out to African American voters on issues they care about. Clinton met with Black Lives Matter last August, she campaigned specifically within African American communities during the primary, and she has championed policies like criminal justice reform which especially affect African Americans.

But make no mistake: With Trump's polling among African Americans and Latinos as low as it is, Clinton isn't worried she needs to convince them to come to her side. She's making these attacks on Trump to talk to white Republicans and moderates who had perhaps been thinking that they could vote for Trump because he isn't as racist as the media makes him look. And she's making her point clear. Yes. He is.