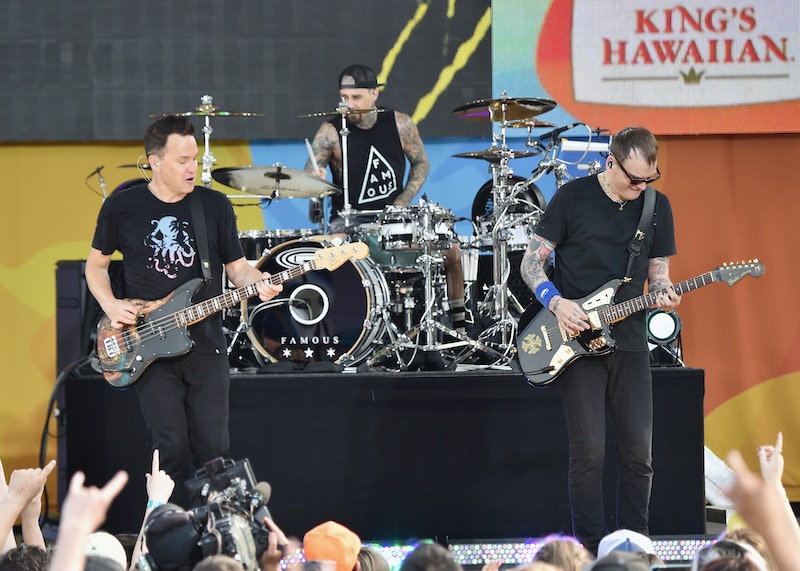 The ‘90s are back. Yes, everywhere you turn there’s a whole bunch of ‘90s reunion tours looking to capitalize on the pervasive nostalgia for the decade. OK, maybe not all of them are literal reunions — but they're definitely resurgences, ones that make you wonder just which ‘90s bands you should see before the summer wraps up.

The thing is, there’s definitely a lot of different interpretations to the statement, “I love ‘90s music.” For some people, the best ‘90s songs are the bubblegum hits that soundtracked elementary school dances. For others, their ‘90s picks are late-in-the-decade mallmetal jams that helped them get through junior high. And for me, the ‘90s music I love more than most music is the collective of overlapping riot grrrl and grunge bands that I discovered waaaaay after the ‘90s were over (like we’re talking the mid-2000s when that was uncool). Suffice to say, we each selected a mix of musicians, spanning many genres and high and low points of the era.

“Like, who?” you may ask. Well, scroll down to see which of your favorite retro bands are gearing up for or perhaps already on tour. The best part: It's still possible to get tickets to many of these tours.

They've traded in Matt Skiba for Tom DeLonge, but that didn't stop droves of my former classmates (and little brother) from crowding up the PNC Bank Arts Center a few weeks back. Terry cloth wristbands optional, but encouraged.

Recommended For: Everyone who is 23 (and upwards) and bitterly stranded at their parents' house.

Ah yes, one of the decade's more important boy bands is trying to heat things up one more time.

Recommended For: Those who would rather save up their pennies for an eventual Backstreet Boys (or better yet, NSYNC) reunion, but eh, can't wait that one out forever.

Maybe Garbage wasn't exactly your poison when you were in fourth grade, although I have fond memories of listening to "Special" on Now That's What I Call Music 3. Regardless, now's your chance to see one of the most badass women of rock, returning with an incredible new record and a cotton candy fluff of hair.

Recommended For: Those who own the perpetually displeased expression they always have on their face... and Doc Martens, in at least three colors.

Is it worth the price of a ticket to hear "Semi-Charmed Life" in action? That's for you to decide. (But yes.)

Recommended For: Having an appreciation for the smoother, less flannel-y side of '90s rock.

Meanwhile, at Hot Topic, this dynamic duo is making the rounds. And call me an overgrown mallgoth, but I will vouch for the theatrics of Rob Zombie any day of the week. Although, you know, I understand songs about horror B-movies are an acquired taste.

Recommended For: Having an excuse to break out those Tripp Pants you haven't worn in 13 years.

6. I Love The ‘90s Tour Featuring The Likes Of Vanilla Ice, Salt-N-Pepa And Coolio

This one is straight-up geared toward you nostalgia junkies looking to cash in on the guilty pleasures of the decade. There is a melange of vintage peeps in this festival right here.

Recommended For: Those who want to show their commitment to the '90s at risk of sacrificing their dignity. Although seriously, Salt-N-Pepa is great.

Probably one of the strongest alt outfits all these years later, killing it even with their new-ish Layne Staley (R.I.P.) soundalike lead singer and chopped length of Jerry Cantrell's hair (double R.I.P.)

Recommended For: Those who are grunge, and not in a soft, pastel way.

Some of you may not be entirely comfortable with TLC existing sans Left Eye, but if you didn't catch the girl group the first time around (I highly doubt it) then you should see T-Boz and Chili continue to kill it at hip-hop.

Recommended For: A night out with the squad, with all men left at home.

If you're really earnestly into Drowning Pool and Puddle of Mudd, this one's for you.

Recommended For: Whoever is really eager to see "Butterfly" performed live.

If Blink-182 didn't satiate your desire for pop-punk, then surely you could go out partying with the hardcore rebels Mr. Nicole Richie and Mr. Cameron Diaz, respectively.

It's strange to think of putting on a Smash Mouth track for like, leisure purposes today. But they were nearly unavoidable in the late '90s, and that wasn't necessarily a bad thing.

Recommended For: Wanting to feel like you're in a Nickelodeon movie.

Now, if you'll excuse me, I have about a million concerts to buy tickets to.