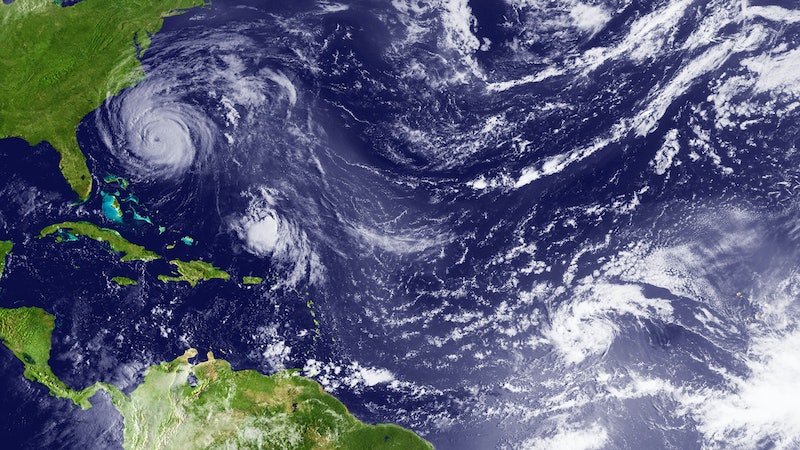 For the southern states, specifically Florida, residents are used to their fair share of hurricanes, especially during hurricane season, which lasts from June to the end of November each year. It's already the end of August, peak season for storms, and the third storm of the 2016 season is expected to hit the Sunshine State this weekend. When will Tropical Storm Gaston hit the United States? It could become a hurricane in a few days.

Tropical Storm Gaston weakened from a hurricane Thursday morning when winds slowed down to 65 mph (the classification for a hurricane is at least 74 mph). However, just because it slowed down doesn't mean it will stay at that rate. Meteorologists have predicted that the storm could pick up speed again and return to hurricane status by Saturday, Aug. 27, according to CBS local news in Miami.

While some have made light of (or most likely just tried to gather some sense of humor in the impending potential hazardous weather) by highlighting its matching name to the Disney villain from Beauty and the Beast, hurricanes are not something to be ignored. Some hazards that come with hurricanes are storm tides, heavy rainfalls, high winds, and tornadoes, according to the National Hurricane Center. Therefore, it's wise to pay attention to any system entering the area.

Though it's not likely that southern residents will be too affected by the looming Gaston, there is another potential storm brewing that meteorologists have kept their eyes on and will continue to track. If it does, in fact, become a system, it will be named Hurricane Hermine. The chance of the system developing into a storm is at about 60 percent. The National Oceanic and Atmospheric Administration has sent an Air Force Reserve "hurricane hunter" aircraft to gather more information about the system, according to FiveThirtyEight. Estimated at about six days out, it's difficult at this point to predict if the system will form into a storm or a hurricane, but trackers will know more as it gets closer.

The path of the system seems to be headed toward Florida, then toward the Gulf Coast to make landfall. If so, it's possibly dangerous news for Louisiana, which experienced catastrophic flooding just last week, resulting in 13 deaths and many residents losing their homes. According to USA Today, parts of Louisiana's rivers remained in a flood state on Aug. 24.

Only time will tell how the storm develops, but it's always a good idea ahead of budding dangerous weather for residents to be aware and prepare for extreme conditions. The Department of Homeland Security encourages citizens to make a plan beforehand including a place to evacuate to, putting together a disaster kit in case you are stranded, and preparing your home to brace it against the elements.