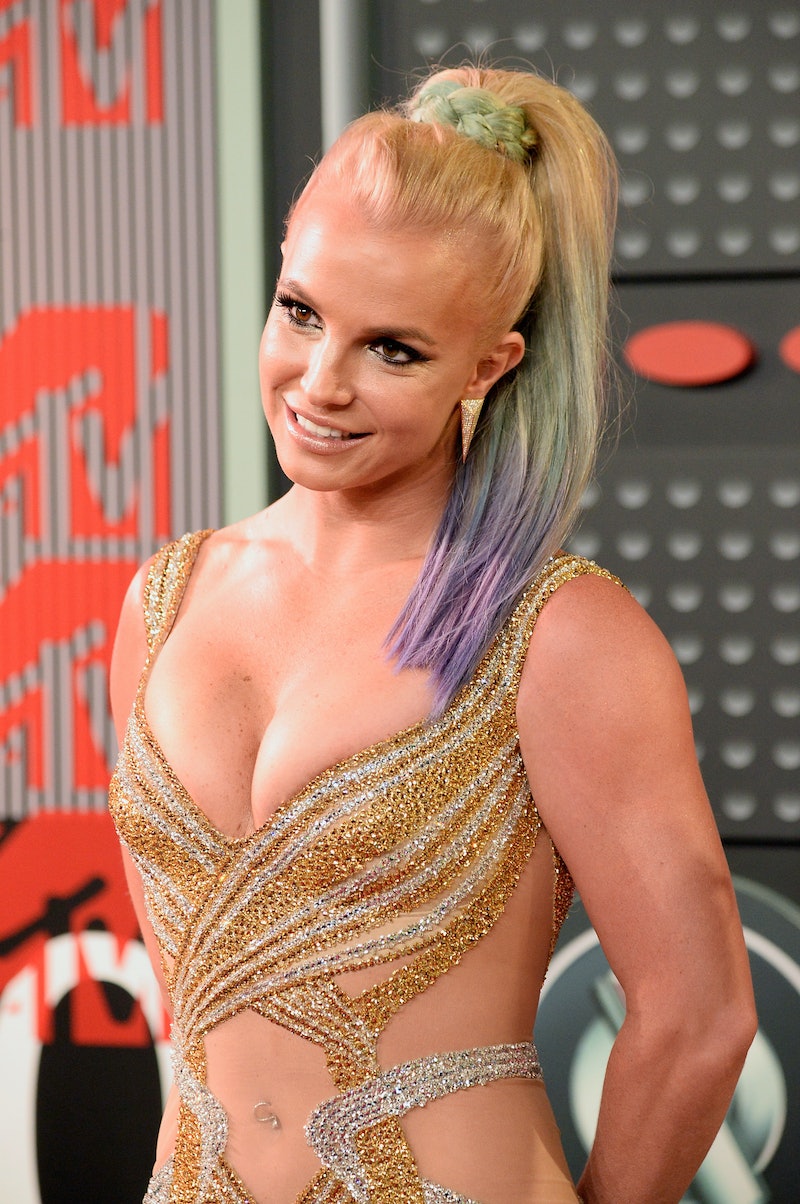 Like a lighthouse guiding us into Pop Harbor on a balmy August night, Britney Spears’s Glory is finally here. Friday, the “Make Me…” singer released her ninth full-length studio album, and I am the most ready for it. So ready, in fact, I avoided the spoilers as best as I could (call me a fuddy-duddy, but I take album release dates seriously) so I could fully enjoy the official drop. That being said, I did stumble upon some pre-album drop chatter about “Coupure Électrique,” a slinky, wicked-slick track that’s entirely in French. As good as the song is, there's a lot of e-talk about the song’s lyrics— namely, what "Coupure Électrique" means when translated into English.

However, it should be known that the translation below is not actually a direct translation of the song; the French lyrics in this track are not actually grammatically correct, so a direct translation would result in English lyrics that actually don't really make that much sense. Similarly, plugging the lyrics into an online translator would produce rather confusing, jumbled results. But rather than shrug 'it off, I did my best to figure out what the lyrics were supposed to mean — what Spears is trying to say in this song, if you will. Without further ado, I present a loose, less literal translation of the song to pin down what “Coupure Électrique” is all about.

First off, here are the lyrics, in full, courtesy of Genius. Now, the translations:

What it's most likely supposed to mean: Like a blackout/I forget the world when you do/Make love to me, my love

What it actually does mean because it's really just one phrase: My love

Or maybe she actually did mean "electric cut" when she said "coupure électrique" a million times? Back to the planche à dessin!