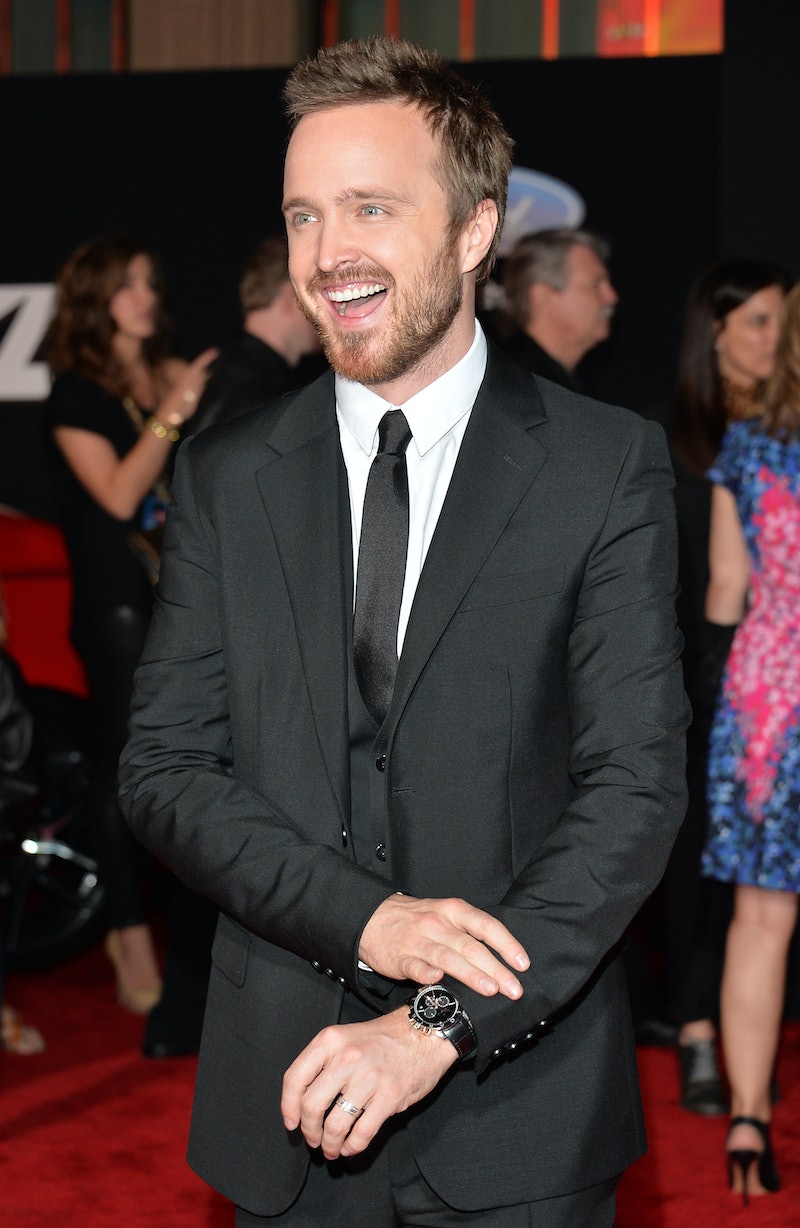 Let's see. Meth? Check. Cook meth? Check. Heroin? Check. Dealt drugs? Check? Oh! Here's a big one: kill people. Let's wager that this was not an exercise in method acting, as Aaron Paul is alive and well and functioning and not in prison. This is like an exercise in what not to do when preparing for a role.

Scott Quittmann marries a polygamist's daughter. This would involve enmeshing oneself in the Mormon community. Perhaps a road trip to Salt Lake City to learn about the culture? This seems a little more benign the his other drug-addled characters.

In this movie, Paul played an alcoholic unwilling to sober up. So...this would mean an awful lot of drinking...in the unhealthy way. This guy definitely gets casts as folks with tendencies towards unhealthy behavior.

In this film, Paul played another troubled guy. This time, he was a boozing fellow who also pops pills. Typecast much? This would involve some hefty pill popping. Not safe!

The verdict is out: eating Corn Pops for your art is pretty safe.