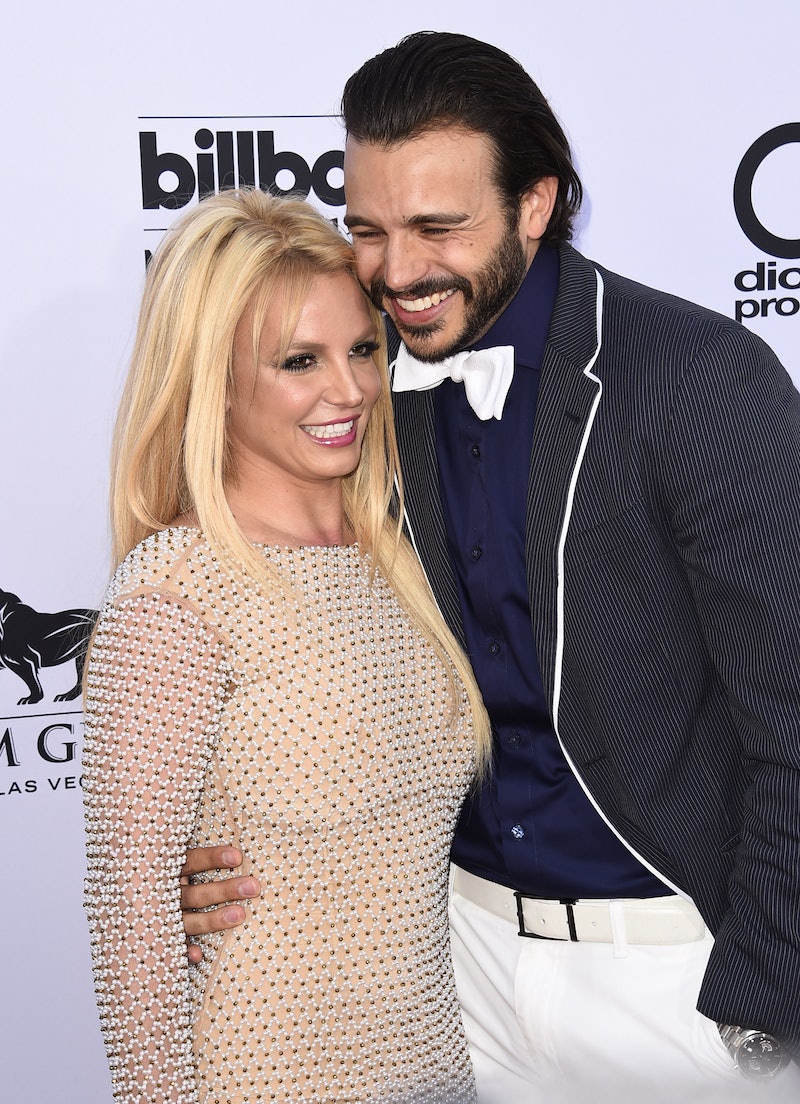 One of the more thoughtful songs on Britney Spears' new album Glory is the chilled but totally danceable "Better." On the track, the singer's voice is softer and breathier than we're accustomed to and on closer listening, the lyrics sound more emotional than Spears' more usual themes (flirting, dancing, pleasure), and are focused on one specific person who she's devoted to. Given Spears' relationship history, this might have you asking yourself is "Better" about Charlie Ebersol? It's hard to say. On one hand, the album is exceptional for how impersonal it is in places — unlike something like Lemonade, it doesn't seem to have one consistent narrator. However, the feels-heavy lyrics of "Better" might suggest this is a rare exception to the rule, with Britney letting her guard down.

Given the song's emphasis on how sex is even better with added intimacy to the person, it's tempting to assume it's about Britney Spears' last major partner. Spears and Ebersol reportedly got together in 2014, and it was clearly an intense connection, because, after just eight months, Ebersol proposed and Spears accepted. One year later, they broke up, for reasons that remain unclear, but which had the media speculating that Spears' father was involved in some way.

Let's take a closer look at the lyrics. Spears opens with a call for intimacy: "Let's undo all the distance/From your guts down to your buttons." The juxtaposition of "guts" with "buttons" is telling — Spears is appealing for emotional as well as physical nakedness. The lead up to the chorus ostensibly shows Spears asking the object of her desire a series of questions, but in practice, acts as if she is addressing the listener when she croons "What you, what you wanna do?" before the killer hook lands: "Better open up 'cause it feels much better...And they know your body/it's much better."

It's a reversal: she starts by asking you what you want before suggesting you do the very thing so many modern listeners in the Golden Age of Tinder are allergic to: get vulnerable. The fact that the song ends on the line "Damn! It's so much better..." suggests a fairly concrete conclusion.

Her message is clear: sex means so much more and is so much more pleasurable when it's with someone you're emotionally close to. In March 2015, she told Billboard "I'm gonna do [a new album] slowly but surely." This suggests the dates she worked on the album would have been between March and the present month — Spears and Ebersol broke up in June 2015 and clearly the split was a difficult one, with the singer reportedly deleting every image of her with Ebersol from her Instagram.

She doesn't appear to have had a significant relationship since and, according to Spears herself in her Carpool Karaoke appearance, has sworn off men. As such, it would appear that her last major entanglement of the heart would have been Ebersol. If the song is personal and is about anyone, it would almost certainly be about Ebersol and their intense connection both emotionally and physically.

So Charlie Ebersol, if you're still flying a flag for Ms Britney Spears, we beg you: make your move. If "Better" is autobiographical, clearly your relationship meant and means the world to her. Or it used to, anyway.