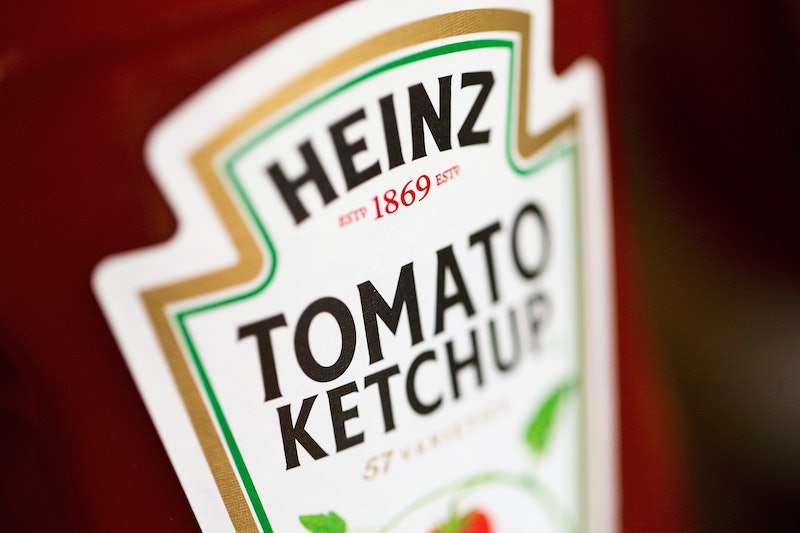 You’ve probably noticed that on the back of almost every packaged food item you can buy, you’ll find a recipe you can make at home incorporating that ingredient. Does anybody ever actually make these? Today, that answer is yes. You see, in Canada there’s a recipe for something called “ketchup cake” floating around on the back of its ketchup bottles. And this week, some brave Reddit user decided to make a ketchup cake. Just when you think you know a condiment, something like ketchup cake happens.

For those of you looking to make your own ketchup cake (why?), here’s what you’ll need:

First up to try the cake was gregnuttle’s dog—I didn’t know dogs could eat ketchup, but now I do (canigivemydog.com confirms that ketchup is not harmful to dogs, but warns dog owners not to make a habit of it). Like dogs and most food, this little guy scarfs his slice down, no problem. It’s actually very cute.

Then, gregnuttle shared the remainder of the cake with a few brave friends. The cake is apparently…not terrible? That’s truly shocking. I in no way expect anybody to take my word for it, so you’ll have to watch this one to believe it for yourself.

So there you have it, I guess. Ketchup cake exists, and it’s not nearly as terrible as it sounds. I would like to point out that I’m still skeptical—and this is coming from someone who used to love ketchup so much that I would straight-up spoon it freshman year of college (it was a weird point in my life). However, I could see one awesome use for the ketchup cake: serving it to your friends on April Fool’s Day and telling them it’s red velvet cake.