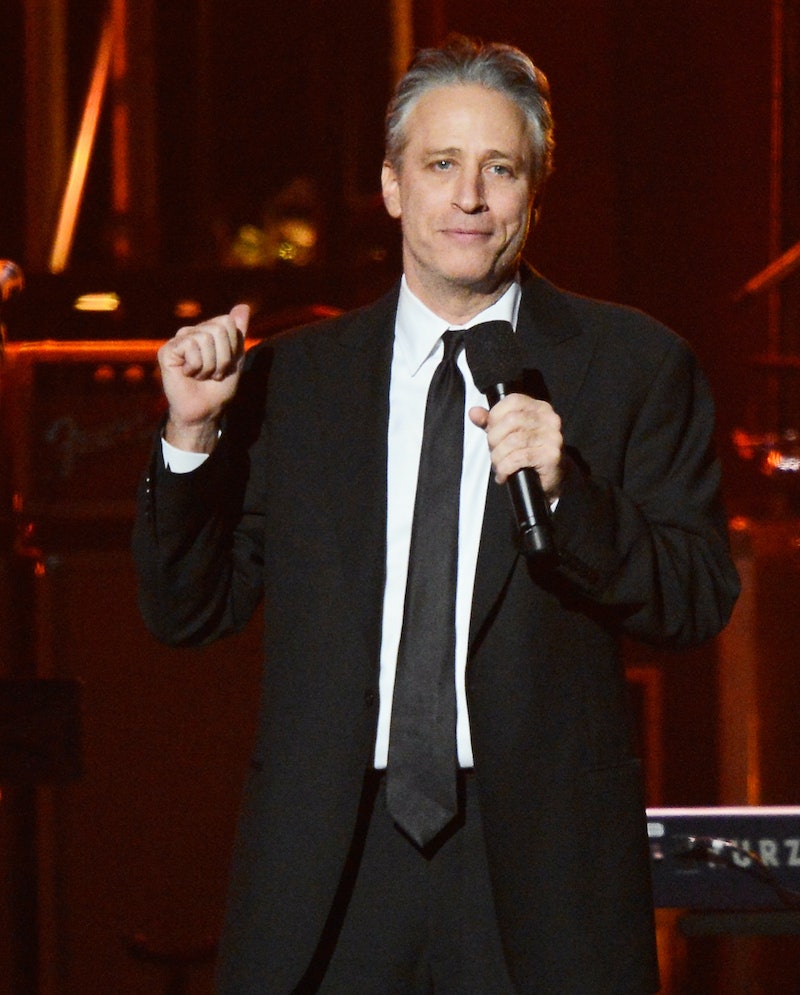 Jon Stewart is taking an eight-week hiatus from The Daily Show this summer. while his may have you imagining Stewart spending a lazy summer sipping Pina Coladas on the beach, Stewart is actually taking this vacation from the show to direct his first feature film Rosewater. (If I were famous, I'd be spending the summer laying out in the sun on St. Bart's and being fanned with palm leaves, but whatever. His call.)

This summer, Jon Stewart's hosting gig will be taken over by John Oliver, one of the writer's of the show... and he's pretty excited about it. Check out the video below in order to watch Stewart's goodbye to his viewers... and Oliver sticking Stewart's pens down his pants. It's going to be a great season.

More like this
Ellen Pompeo Says Goodbye To 'Grey’s Anatomy' In An Emotional Instagram Post
By Grace Wehniainen
Meredith’s Farewell After The 'Grey's Anatomy' Fall Finale Is Feeling More Permanent
By Brad Witter
'Waterloo Road' Is Back, With More Than A Few Familiar Faces
By Sam Ramsden and Vivian Iroanya
Our First Look At 'Vardy V Rooney: A Courtroom Drama' Doesn’t Disappoint
By Bustle UK
Get Even More From Bustle — Sign Up For The Newsletter