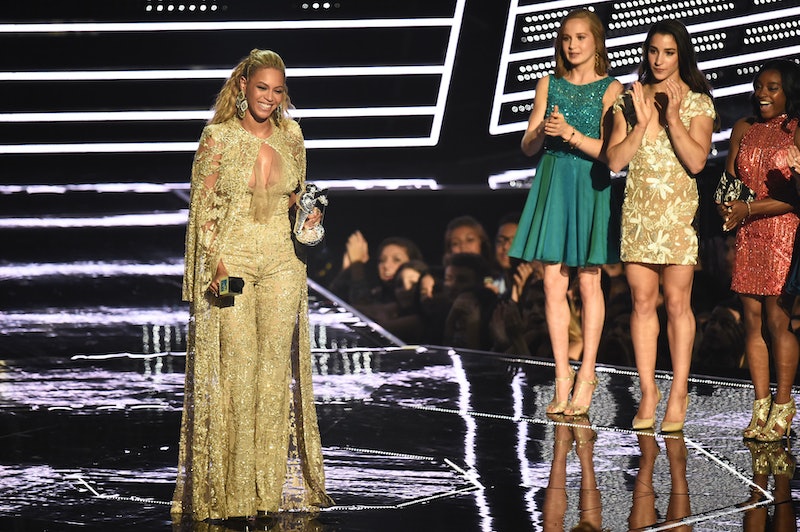 It's been established that Queen Bey made August 28, 2016 a night that will go down in girl power history. She walked the carpet with the beautiful female stars of her Lemonade visual album, got everyone on the planet in formation with her crazy powerful 16-minute performance, and even created a huge female symbol over the entire stage to close out her performance. But why would it stop there? After watching her performance, my pulse finally returned to a somewhat normal pace until Bey returned to the stage once again. U.S. gymnasts Simone Biles, Aly Raisman, Madison Kocian, and Laurie Hernandez — you know, the ones who took the gold during the Rio games — presented the queen with just one of her many awards of the night, at which point the singer hugged them. And Hernandez, for one, is freaking out over the Beyoncé hug already on Twitter.

I'm surprised Hernandez even gathered her thoughts to come up with these tweets:

Lord knows I wouldn't have been able to.